The City of Folsom’s heavily used arterial sections of Greenback Lane, Madison Avenue and Folsom-Auburn Boulevard have been repaired by using a Cold In-Place method that has resulted in improved safety for vehicles and cyclists as well as achieved the City’s preservation and sustainability goals. Execution of complex traffic controls allowed the in-place recycling work to be performed during the daytime. Due to the significant public support for this project, temporary traffic delays created by the construction were well managed. The majority of the remainder of the project, which included an HMA overlay, striping, and improvements to several ADA ramps and driveways, was conducted at night. Greenback Lane had an average PCI of 64 prior to the project. The major distresses consisted of block cracking, delamination of the upper 2” overlay and many localized potholes. The average AC thickness of the roadway was 6” thick. City crews were consistently called to fill potholes during periods of wet weather. This project consisted of 30,000 SY of 3” deep Cold-In-Place recycling. All utilities were lowered prior to the CIR operation. The recycled asphalt was open to traffic for 10 days, with no signs of unraveling, prior to the 6,000 tons of 2” thick Rubberized Hot Mix Asphalt overlay being placed. Buffered bike lanes were installed along the roadway and shoulder backing was placed to finish off the edges. This project is a shining example of adding to the preservation and safety of the roadway. Project costs will quickly be recuperated by the elimination of the multitude of “Band-Aid” repairs previously required. With the new construction, the City has a very durable roadway for many years to come, providing increased safety for motorists and cyclists. The method to construct this project highlights the sustainability aspect of the roadways’ rehabilitation. The Cold In-Place method recycles over 90% of the existing materials and involves significantly less delivery and transport of materials. The City shared this method with several local agencies by conducting an informational project tour at the site on the second day of the Cold In-Place work, resulting in several agencies expressing an interest in using this sustainable program for their upcoming projects. The City of Folsom and Psomas, the Construction Management firm that assisted the City, intend to prepare a summary presentation in early 2019 for these agencies discussing final costs, results, and public response to the work. 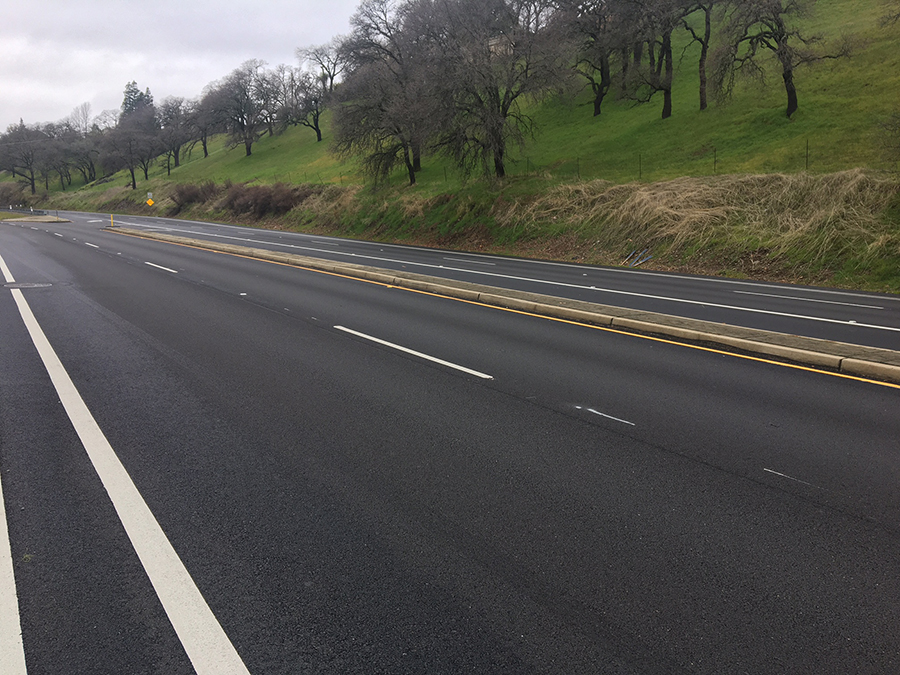 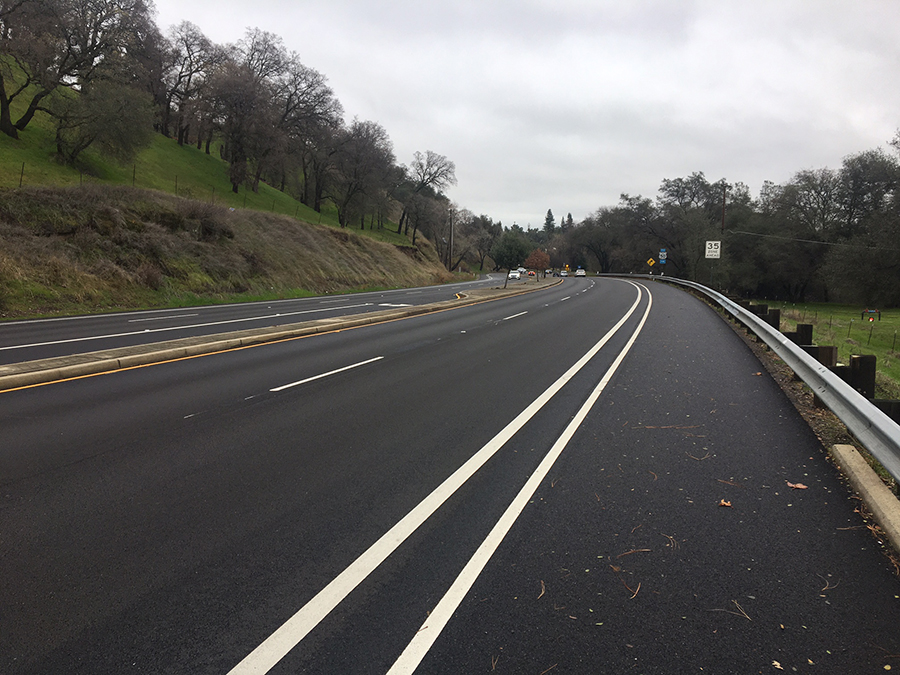 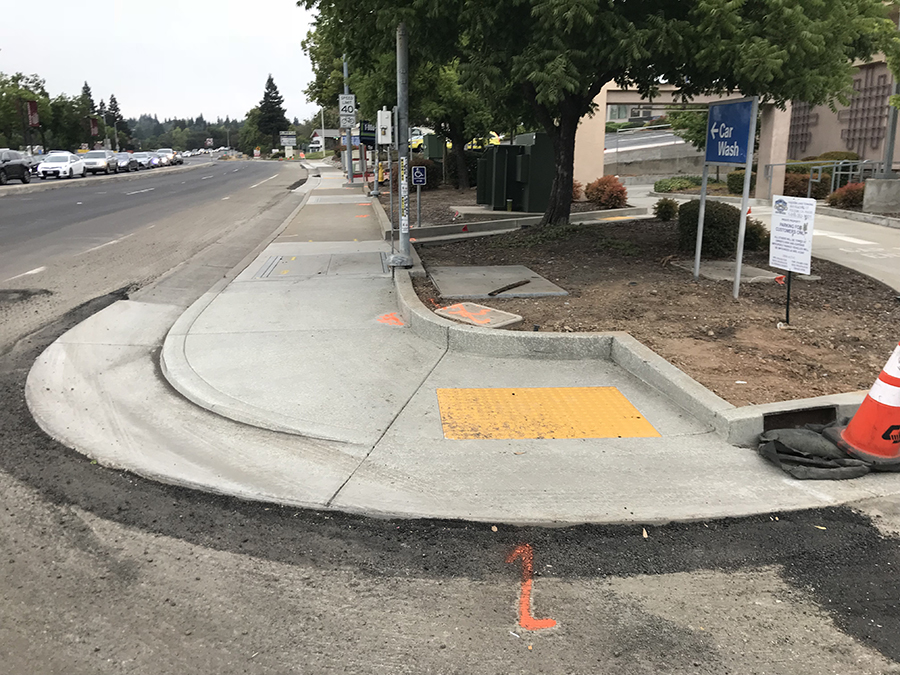 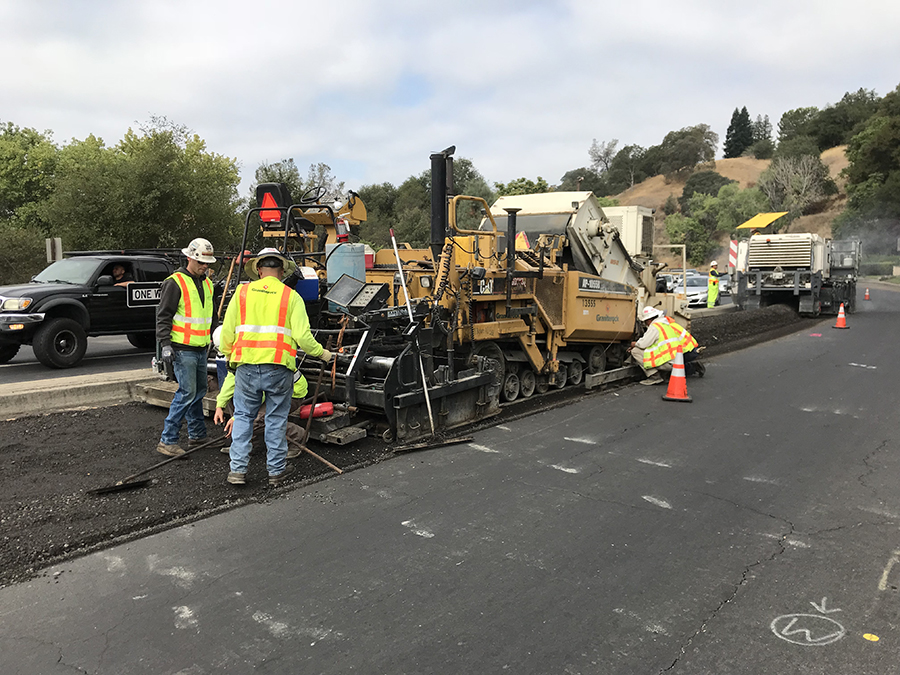 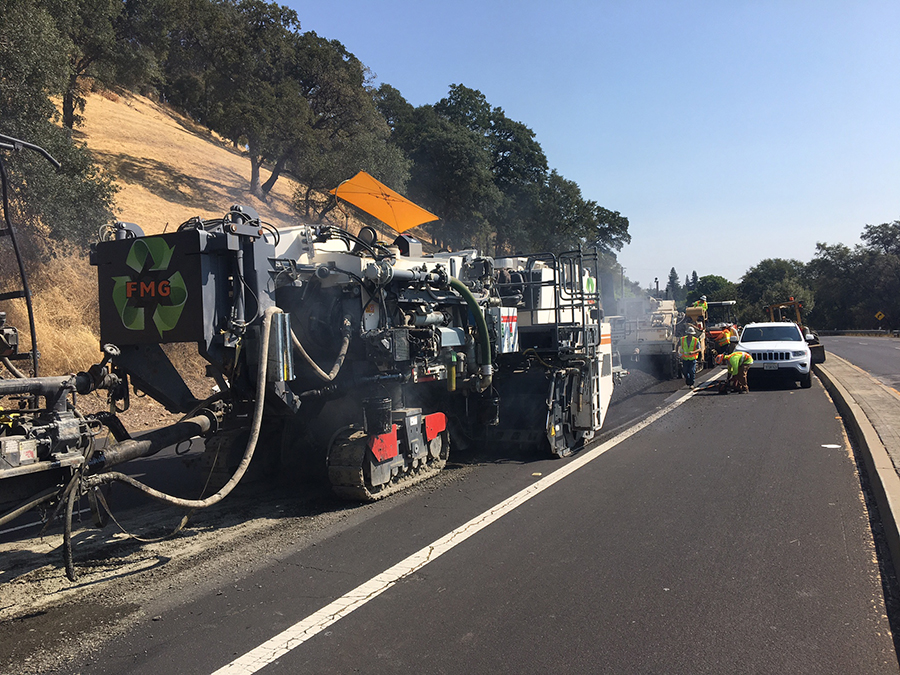 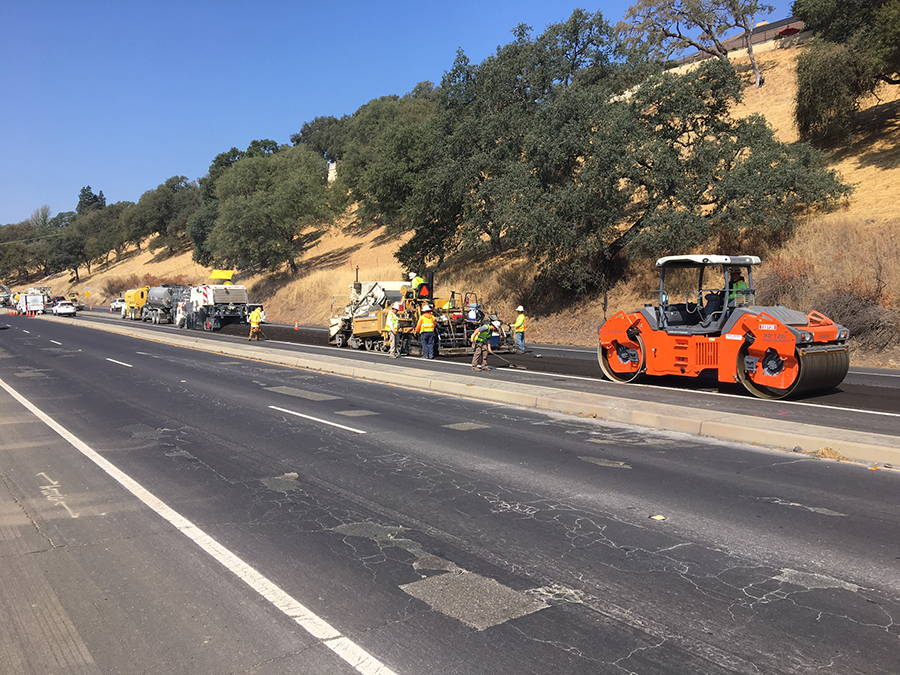 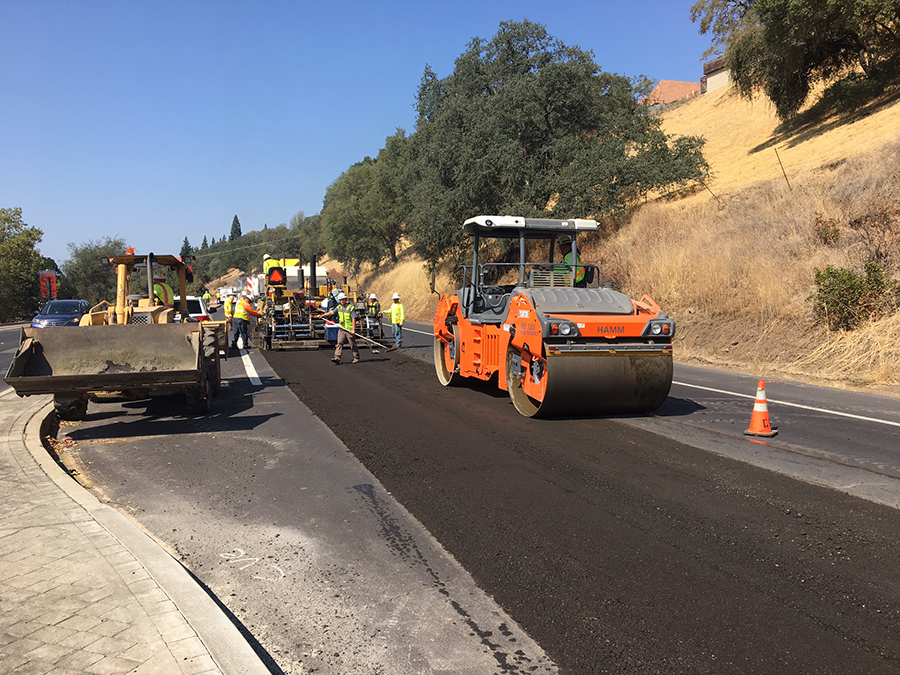 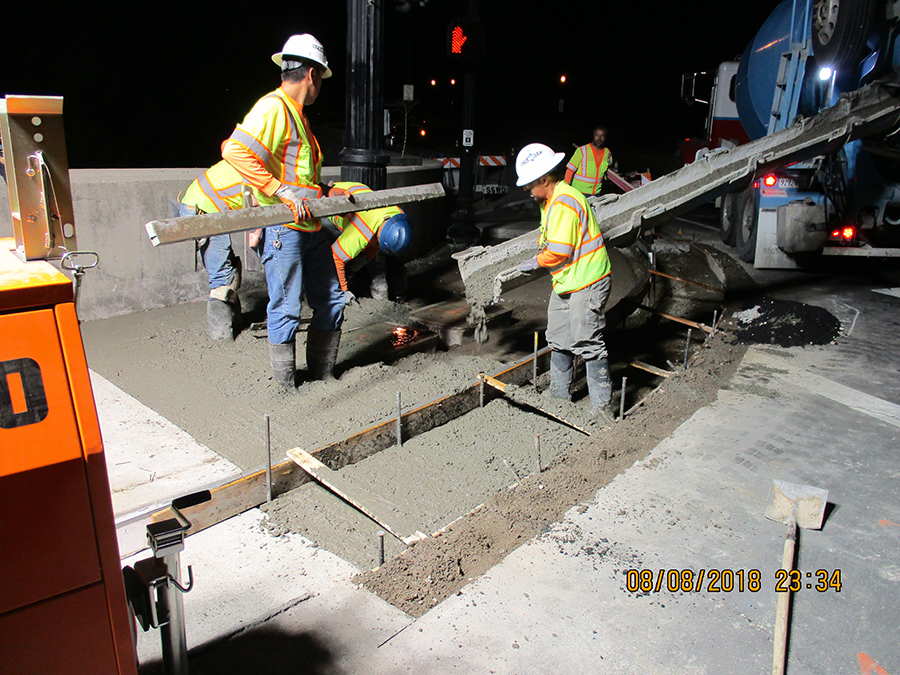 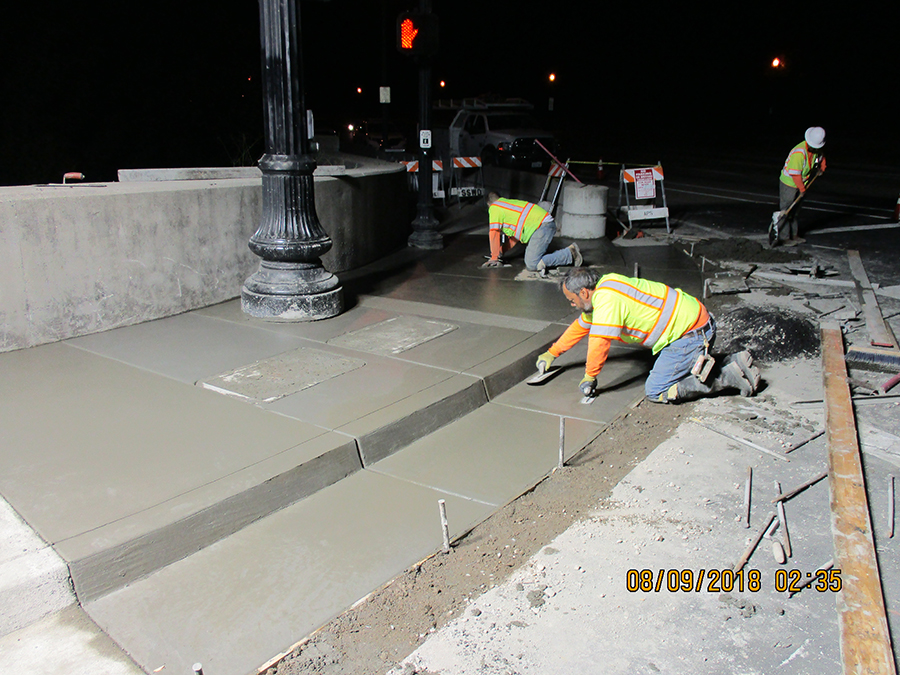 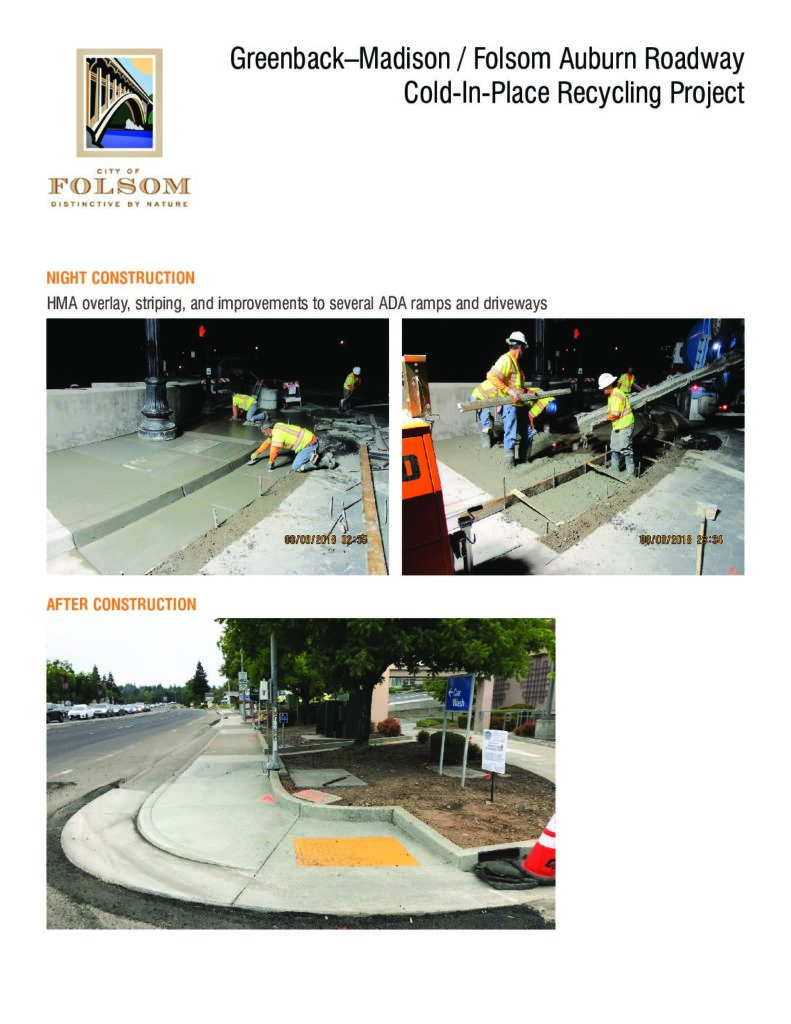