The United States Federal Government relocated and constructed new Calexico West Land Port of Entry (POE) in order to facilitate cross border from Mexico inspection activities, to reduce wait times and improve downtown City vehicle circulation. Traffic through the crossing has increased to approximately 15-20 thousand vehicles per day, leading to overcrowding and potentially unsafe conditions, and therefore requiring the expansion of a new route to the POE. The City of Calexico received a grant from the Department of Transportation for construction of the Cesar Chavez Improvement Project, located between the new POE and State Route 98 in the amount of $7,104,240.00 (Federal $5,500,000.00 and Local Match $1,604,240.00) to improve the safety and enhance the international and local traffic circulation. The Imperial County Transportation Commission (ICTC) was instrumental in assisting the city to make the project a reality. The project increased safety, reduced wait times and improved international traffic circulation by widening Cesar Chavez Boulevard to five lanes (two through lanes in the northbound direction and three lanes in the southbound direction), installing street lights, curb and gutter, curb ramps, sidewalk, drainage infrastructure, installing northbound and south bicycle lanes, and installing (2) new traffic signals. Southbound traffic to Mexico was known to back up for miles in the city during the peak traveling seasons. The new bicycle lanes connect bicycle access from the new POE to the new State Route 98 bicycle routes. The United Pacific Railroad runs parallel to Cesar Chavez, and this presented another traffic safety concern. The project addressed the railroad crossing safety through the installation of a new railroad crossing at Grant Street and Cesar Chavez, and installed chain link fence along the east side of Cesar Chavez Boulevard to prevent pedestrians from crossing the railroad, except at the dedicated Grant Street and Cesar Chavez Boulevard crossing. Prior to the project, there were no sidewalks or curb and gutter along Cesar Chavez Boulevard in many areas, students were known to cross the railroad unsafely at any point along Cesar Chavez on their way to school, there were no bicycle lanes and street lighting and drainage was insufficient. There was no traffic signal at Grant Street and Cesar Chavez Boulevard, only a two-way stop. Overall, the project helped decrease the city’s budget by reducing the need for human traffic controllers, substantially eased traffic congestion by the increased road capacity, improved health by encouraging bicycle use from the US/Mexico border, and will help grow the economy and tax base by encouraging development along the new corridor. The project also reduced wait times going into Mexico, thereby reducing the carbon footprint, and increased the efficiency of the transportation system. 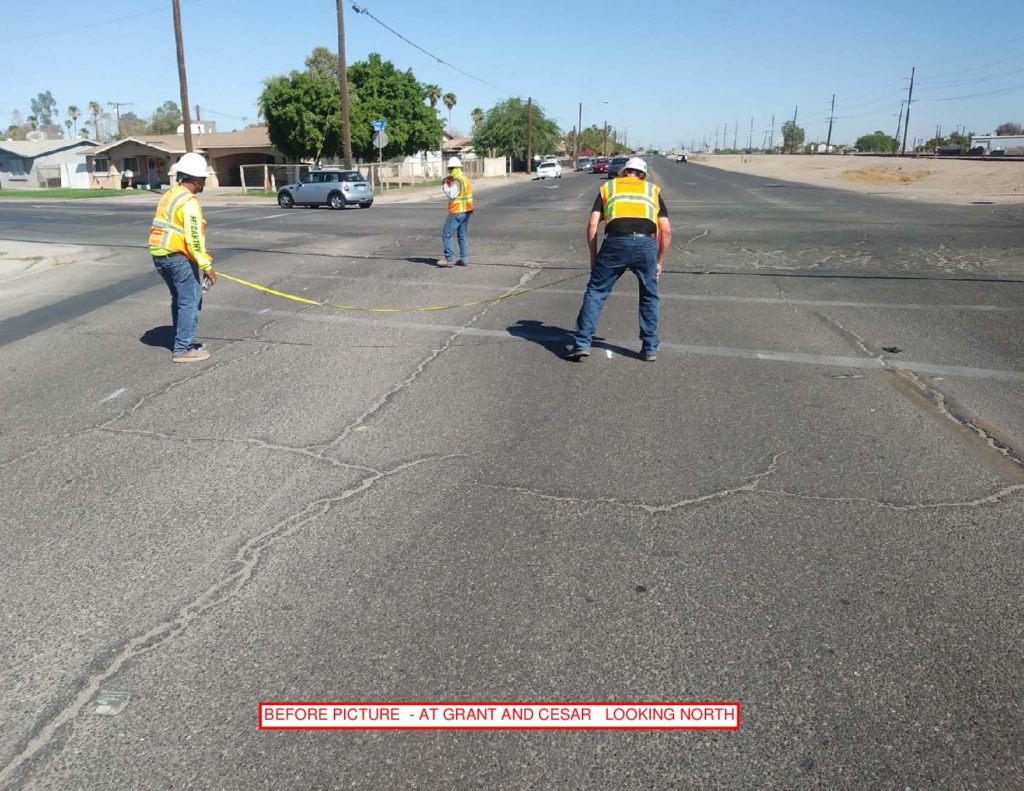 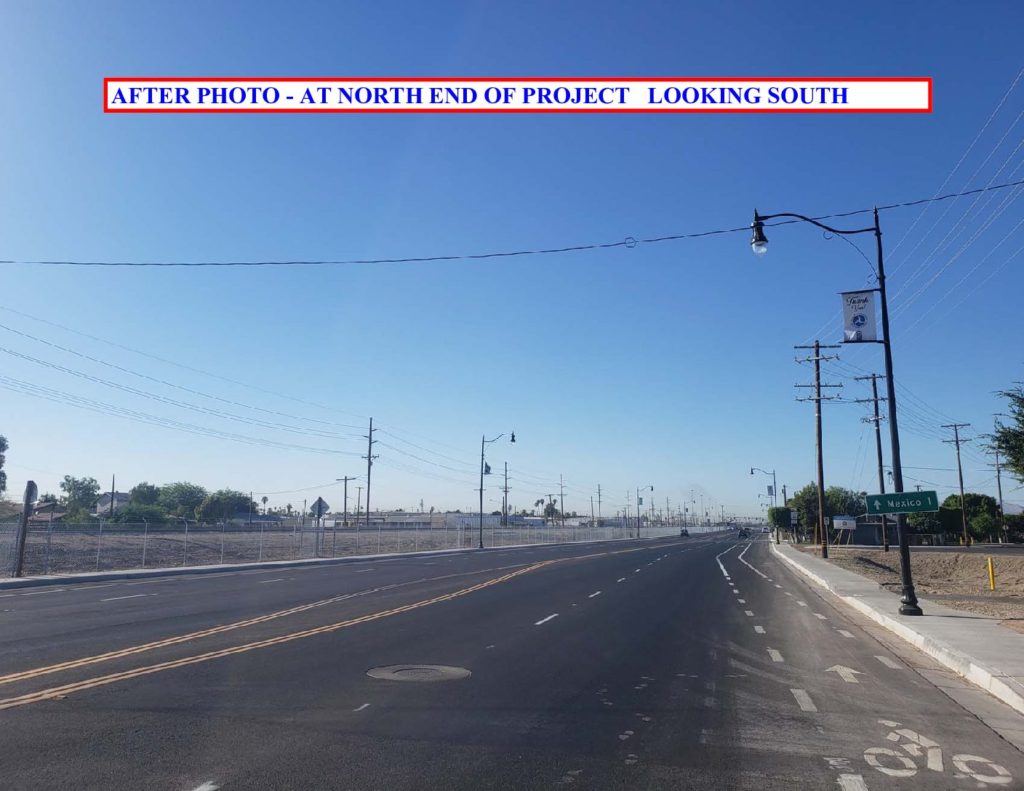 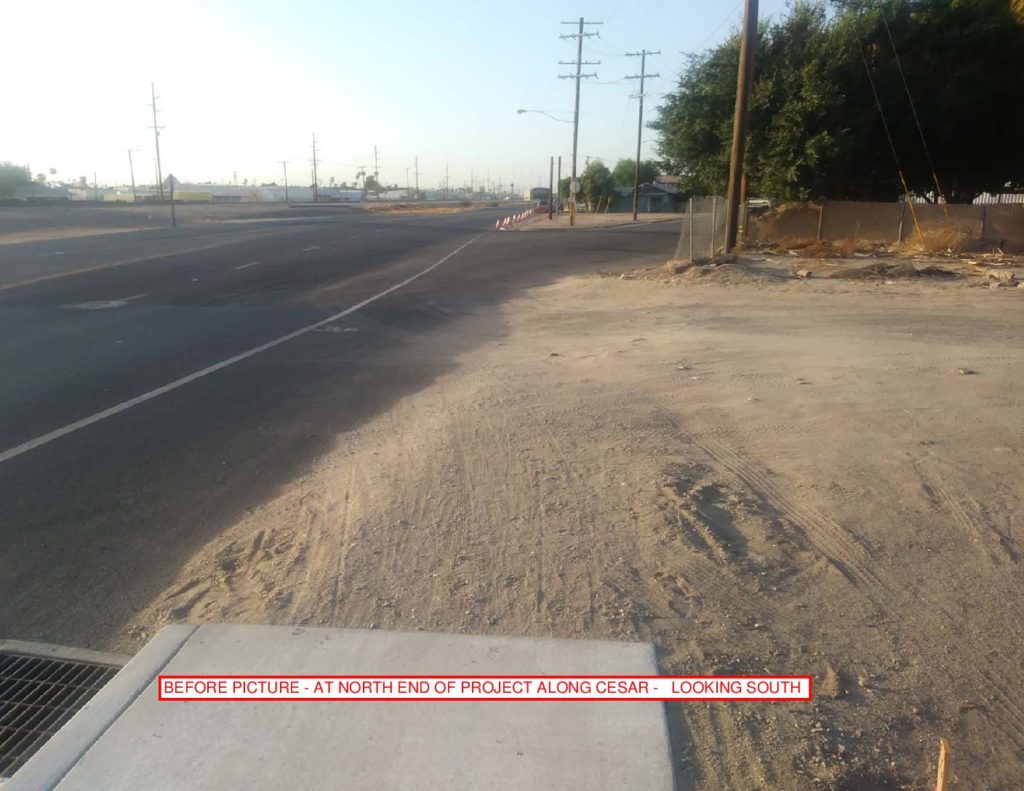