The City of Santa Clarita (City) is the third largest city in Los Angeles County encompassing over 70 square miles of land and an approximate population of 225,000. The City consistently builds projects that correspond to all users of the local street and road system, and provide access to safe and efficient multi-modal transportation options that conform to the City’s adopted General Plan. The Canyon Country Community Center Phase III Offsite Improvements project (Phase III) embodied these practices while maintaining community character.
The Phase III project concentrated on roadway improvements contiguous to the newly constructed Canyon Country Community Center. The improvements widened two major arterials, and a residential collector. This project included the installation of a northbound Class II bike lane with a buffer and a raised landscaped median, an exclusive right-turn lane, replacement of wood streetlight with marbelite, pavement resurfacing, concrete stamped poems from the City’s Sidewalk Poetry program submitted by City residents, and curb extensions and additional parking. This required extensive coordination with the public, adjacent property owners, and utility companies as the project improvements permanently altered the traffic patterns in the area and required temporary and final relocations of existing infrastructures.
During the planning stage, three principal aspects were the driving force of the design: safety, minimal inconvenience, and coordination. With the construction of a landscape median, the new traffic patterns prohibited left-turn movements at the intersection of Sierra Highway and Dolan Way, limited driveways movements to right-in/right-out only along Sierra Highway. Staff was able to implement a new U-turn movement for residents existing Dolan Way onto Sierra Highway, and removed parking adjacent to the intersection of the two residential collectors. To execute these relocations, the project work area traffic control was designed to be constructed in nine phases to accommodate the requirements of the utility companies and minimize inconvenience to the community.
Prior to starting the project, the existing site conditions provided no sidewalk or bike connectivity, dissuading people from walking or considering alternative modes of transportation. This project was an opportune moment to design a sidewalk and bicycle network. Additionally, the new sidewalk provided connection to an existing bus stop location, encouraging accessible and viable choice for residents as an alternative mode of transportation. This project provided improvements that accommodated all users of the street and road system, and provided access to safe and efficient multi-modal transportation options for people of all ages, income levels, and physical abilities, promoting walkability and social interaction, and enhancing livability and health for the community while contributing to the City’s sustainability and economy. 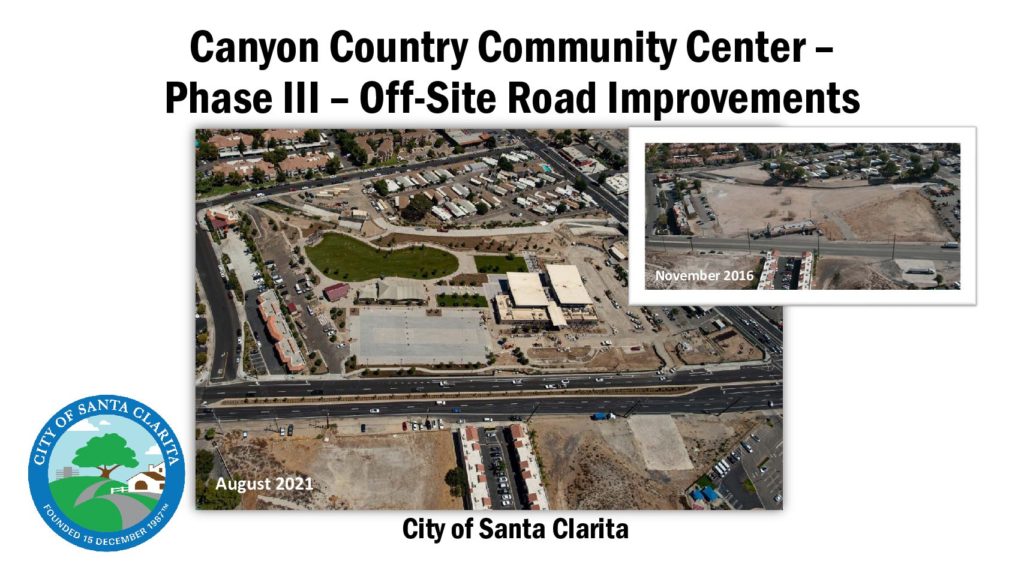