The Camino Del Mar Downtown Streetscape project included improvement to roadway, sidewalks, parking areas, bike lanes, medians, landscape areas, site furnishings, and adds high efficiency LED street lights. The Project’s objectives are to improve safety and access, beautify the Camino del Mar corridor in the downtown area to encourage additional revitalization of the downtown and economic growth, while promoting sustainability. As a part of the existing San Diego Regional Bike Network, the project promotes safer bicycle access with the creation of dedicated bicycle lanes and bike parking. Before the project, the corridor had gaps in bike lanes that made for unsafe conditions when bike lanes terminate and merge with a vehicular travel lane. The project promotes safer pedestrian access throughout downtown Del Mar through the creation of ADA accessible sidewalks along both sides of the corridor, which didn’t occur prior to the project. This wider pedestrian zone create areas to help activate the sidewalk and storefronts throughout downtown with additional furnishings, public art and café seating. The project also includes bulb outs, which allow for better visibility of pedestrians and reduced vehicular travel speeds. Additionally, pedestrian-scale lighting will be utilized to increase visibility and pedestrian safety in the evening. Additional pedestrian safety measured included a reduction in travel lanes to slow vehicular traffic, median widening in order to create pedestrian refuge areas for a safe pedestrian crossings, and created crosswalks in all four directions at all intersections. Previously, most intersections only allow crossing on one side of the street in the east/west direction. A new mid-block crossing has been provided at the recently completed Civic Center project with a new rapid flashing beacon in order to further aid pedestrian access to this major civic anchor within the downtown. The project directly implements Climate Action Plan strategies and directives in the City’s Complete Streets/Green Streets Policy. One of the significant new sustainable design features that was incorporated into the project was the inclusion of silva cells. This new technology allows stormwater from the curb and gutter to be directed to subterranean stormwater treatment areas at many of the 85 street tree locations throughout the corridor, rather than simply diverting this water to the ocean. The silva cells also allow a zone for optimal root growth for the new street trees under the sidewalks. The project also included conduit to accommodate future electric vehicle parking and charging locations in accordance with the CAP goal to increase the percentage of vehicle-miles-traveled by electric and alternative fuel vehicles. Street trees and streetscape vegetation are an integral part of the streetscape design not only to sequester greenhouse gases such as carbon dioxide from vehicle emissions, but also to improve shade for pedestrians. 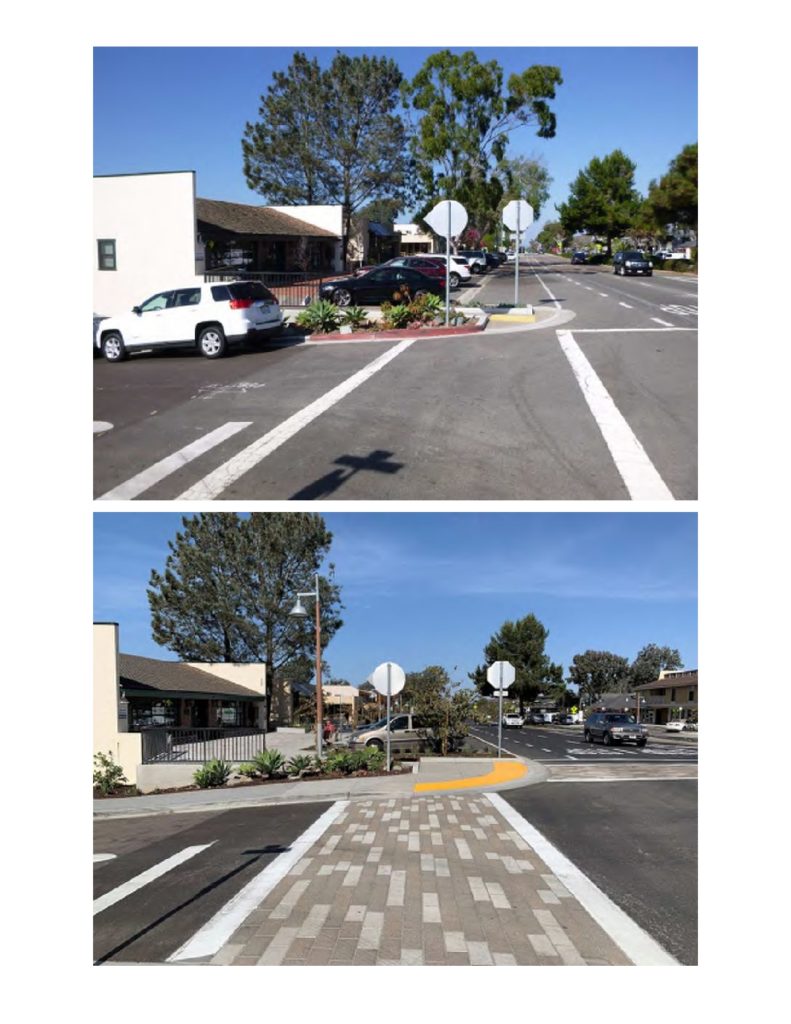 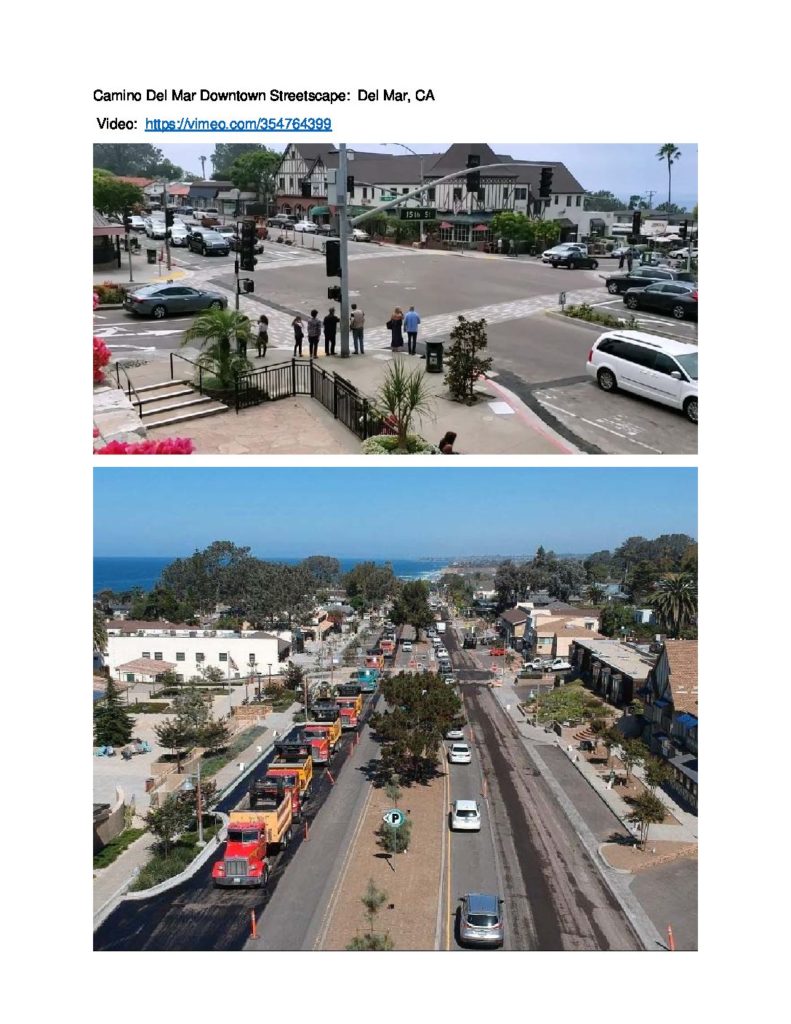