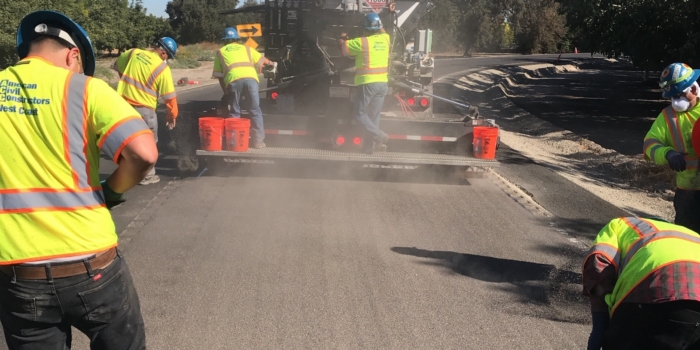 San Joaquin County Department of Public Works utilizes a traffic collision database to help identify locations where improvements can be made to enhance safety for the traveling public. Through ongoing vigilance to improve safety, county engineers identified two roadways, Austin Road and French Camp Road, as having multiple collisions with similar factors. Based on the review of county engineers, it was determined that placement of High-Friction Surfacing (HFS) would be appropriate at these two locations. Consequently, county engineers applied for and received Highway Safety Improvement Program (HSIP) funding for the two roadway projects. These two safety projects included not only installation of HFS, but also centerline and edge line rumble strips as well. Both roadways are rural in nature and have a speed limit of 55 MPH. Austin Road has an Average Daily Traffic (ADT) of 1,700, while French Camp Road’s ADT is 2,400. French Camp Road is a commuter route between San Joaquin and Stanislaus Counties, while Austin Road serves heavy industrial areas including a landfill and a railroad intermodal facility. Per the County’s accident database, this segment of Austin Road had nine reported collisions in five years. This segment of French Camp Road experienced six reported collisions in five years. The primary collision factors were identified as: • For Austin Road, improper turning movements as well as unsafe speeds and “run off the road” • For French Camp Road, improper turning and improper passing movements, and unsafe speeds To address the collision factors, proposed countermeasures included the application of HFS and centerline and edge line rumble strips to provide drivers with tactile feedback if and when they drift from the travel lane. The HFS provides improved surface adhesion to vehicle tires and the rumble strips act as tactile reminders to alert and deter drivers from making unsafe maneuvers, regardless of weather conditions. Overall, the projects have greatly enhanced roadway safety. Since completion of the projects, no collisions relative to the factors noted have been reported for these two roadways. 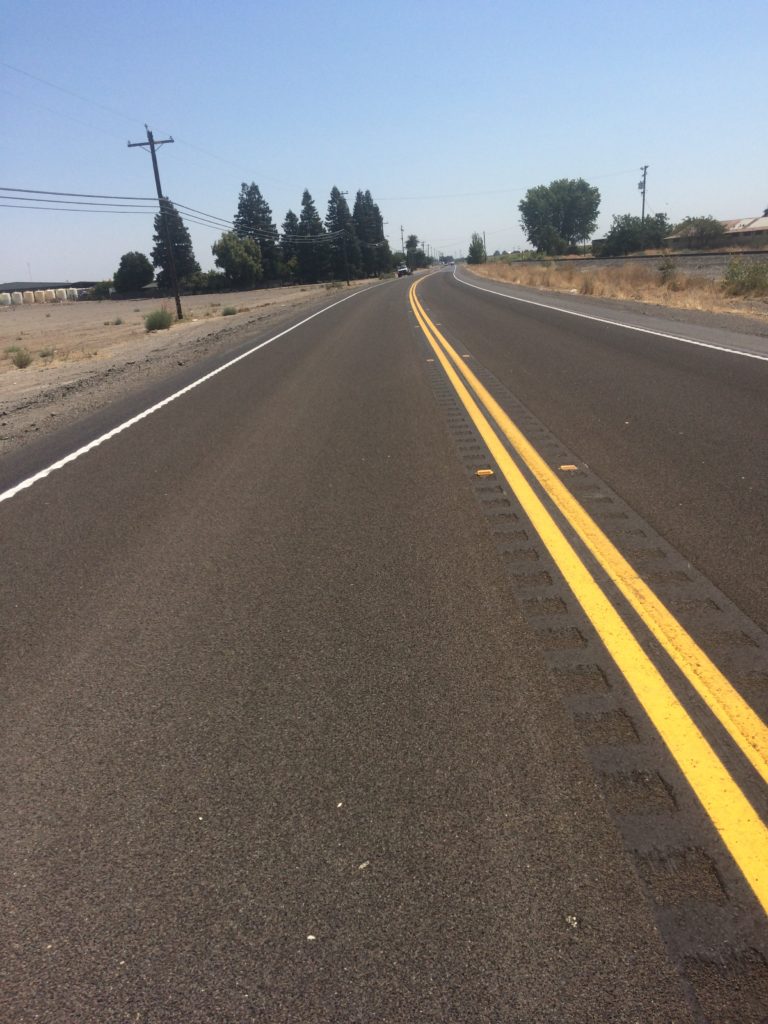 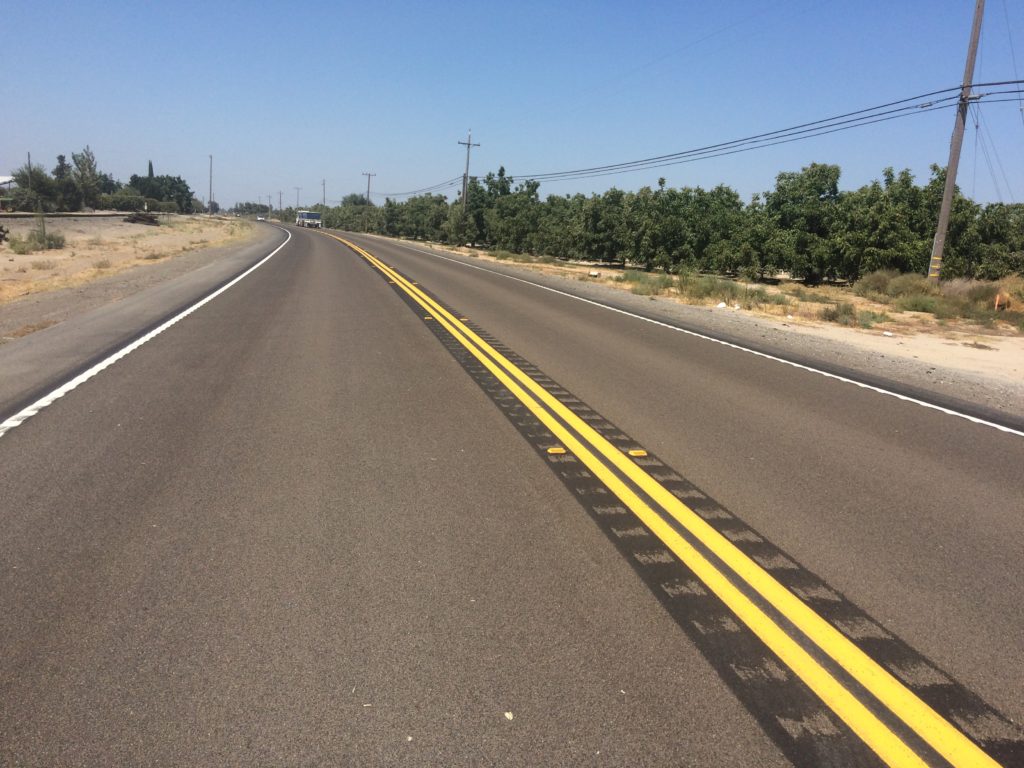 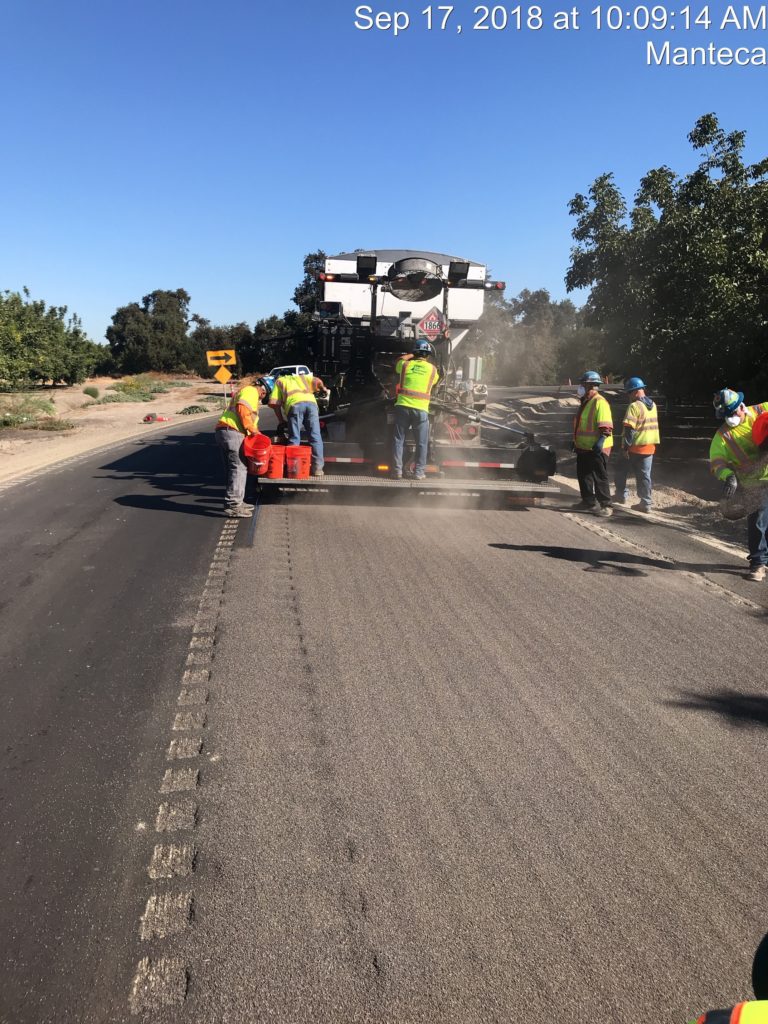 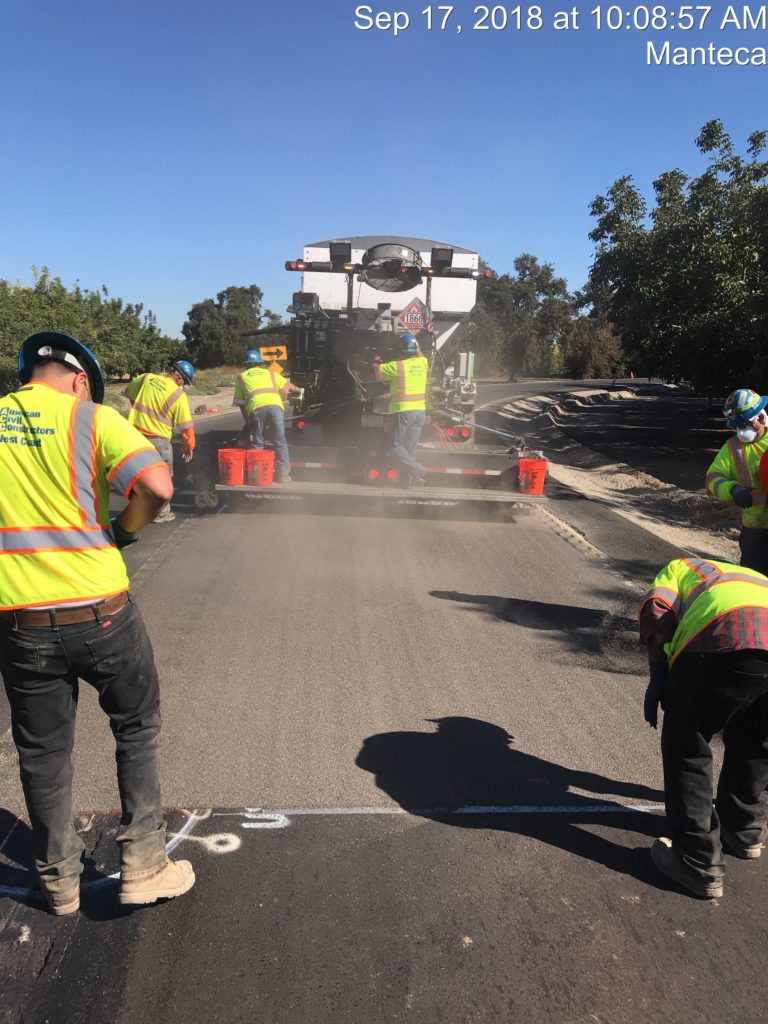