The purpose of this Project was to replace the City’s existing outdated and proprietary client/server central traffic management system with a modern web-based Advanced Adaptive Traffic Management System (AATMS) Central System Software that uses state of the art web-based technology on the server and thin clients which use leading browsers with no additional client software needed on the client workstations. In 2015, the City of Sunnyvale implemented a pilot project by installing AATMS system controllers and software at one of its busiest roadway segments Mathilda Avenue and State Route 237 interchange (a.k.a. The Monster). The pilot project showed great success in managing traffic safely and efficiently by also reducing delay at the interchange. This lead to the private unsolicited funding from Google to make the system permanent and deploy it citywide. In 2016, the project was funded and deployed. With the AATMS project, all of City’s 131 outdated traffic signal controllers were replaced with new 2070 ATC controllers. Additionally, the project converted old traffic signal timing to run on new ATC platform, optimized existing traffic signal timing, installed new video monitoring cameras, thermal detection cameras, pedestrian and bicycle detection equipment, and performance monitoring devices at various corridors. The AATMS project helped the City bring all the field elements such as video cameras, pedestrian detectors, thermals detectors, emergency vehicle detectors, transit signal priority detectors, and corridor performance measurement units, under one roof through the integration with the new Central System Software. Subsequently, AATMS deployment led to the modernization of the City’s Traffic Management Center (TMC). The City is also planning to integrate to the TMC the upcoming Adaptive Streetlighting Control and Dilemma Zone Systems. The AATMS deployed not only monitors and manages the traffic flow in real time by assigning green timings and maintaining progression on major corridors, but also allows the City to integrate and monitor travel time data, speed data, and the delay/passage times at the intersections throughout on the corridor along with a network of CCTVs. Integration of these ITS technologies allowed the City to monitor in real time the performance of the major corridors, and make necessary adjustments should there be a need for changing traffic conditions and patterns. This project demonstrates the exceptional Public-Private partnership between the City of Sunnyvale and Google for the implementation of an Intelligent Transportation Systems Project. This partnership validates excellent teamwork between the public and private sectors to achieve greenhouse gas emission reductions, maintaining existing infrastructure, improved safety and mobility of the traveling public, emergency responders, and law enforcement. 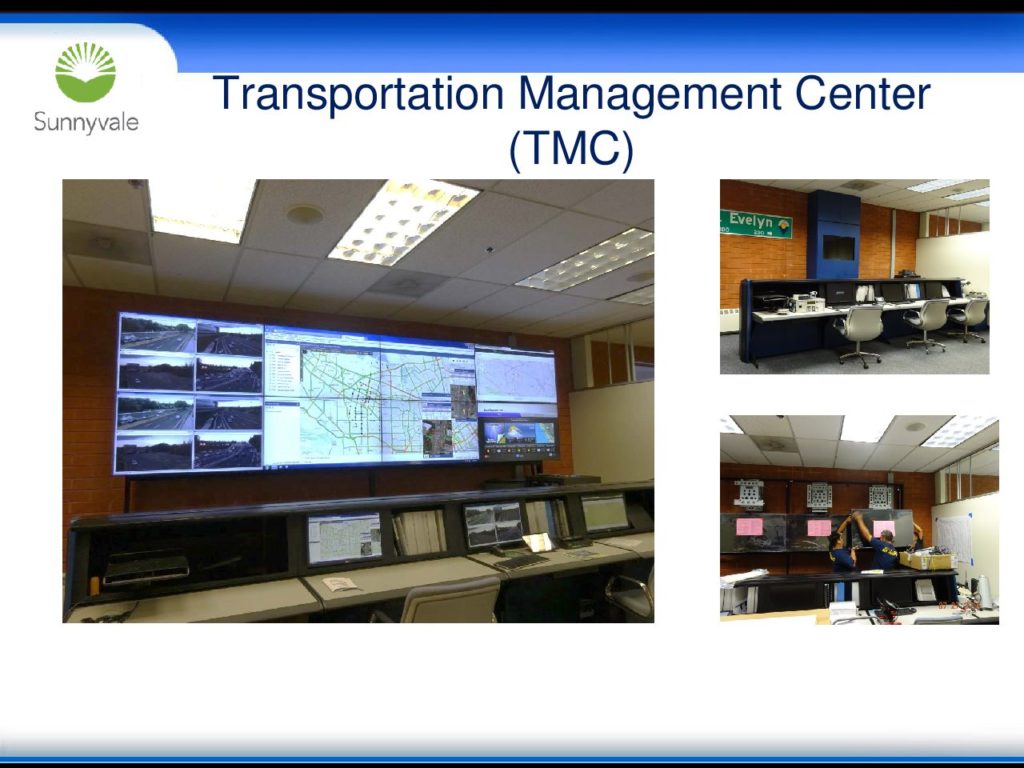