Each year 44 collisions occur on local roads in the Marin County Region where someone is killed or severely injured (KSI). Through the Marin Public Works Association (MPWA), Marin County and the 11 cities and towns in the region partnered to conduct a systemic safety analysis and prepare a regional travel safety plan to enhance safety in the region. The scope of the study included both the unincorporated area of Marin County and the incorporated cities and towns within Marin County. Marin County was the lead project manager, a technical advisory committee (TAC) provided input during project development and each individual jurisdiction participated in preparation of the plan. The TAC included representatives from MPWA, Transportation Authority of Marin and Marin General Hospital. Outreach and input was obtained from the various town and city Police departments, the County Sheriff and the California Highway Patrol. The regional traffic assessment evaluated locations where frequent collisions occurred between January 1, 2012 and December 31, 2016. A total of 2,756 crashes were reported during the five-year study window, with 219 collisions occurring on locally-maintained roads that involved at least one KSI. A total of 68 road segments and 93 intersections that have a higher-than-normal potential risk for KSI collisions were identified. The study identified operational measures and possible infrastructure improvements to address the high-risk collision locations. Region-wide trends were summarized in an overall County-wide chapter. Individual chapters were prepared for each local jurisdiction where jurisdictional collision trends were identified. For example, in unincorporated Marin County, solo vehicle crashes were the most common crash type and represented 23 percent of all KSI collisions. Additionally, the collision analysis found that crashes involving vulnerable roadway users, such as pedestrians, bicyclists, and motorcyclists, are disproportionately likely to result in severe outcomes. For instance, while crashes involving pedestrians represent just 11 percent of all reported incidents, they represent 20 percent of KSI crashes. The 2018 Marin County Travel Safety Plan is expected to be a key document in the preparation of future public works programs and projects for each local jurisdiction. The new safety plan has already been a key component in preparing three successful California Highway Safety Improvement Grant Program grant applications with funding awards totaling $5,521,000. The multi-jurisdictional County-wide approach allows for a more comprehensive traffic safety assessment, better prioritization of safety projects on a regional level and a more efficient usage of limited resources. Since completion of the project, the jurisdictions continue to work collaboratively to implement the plan. 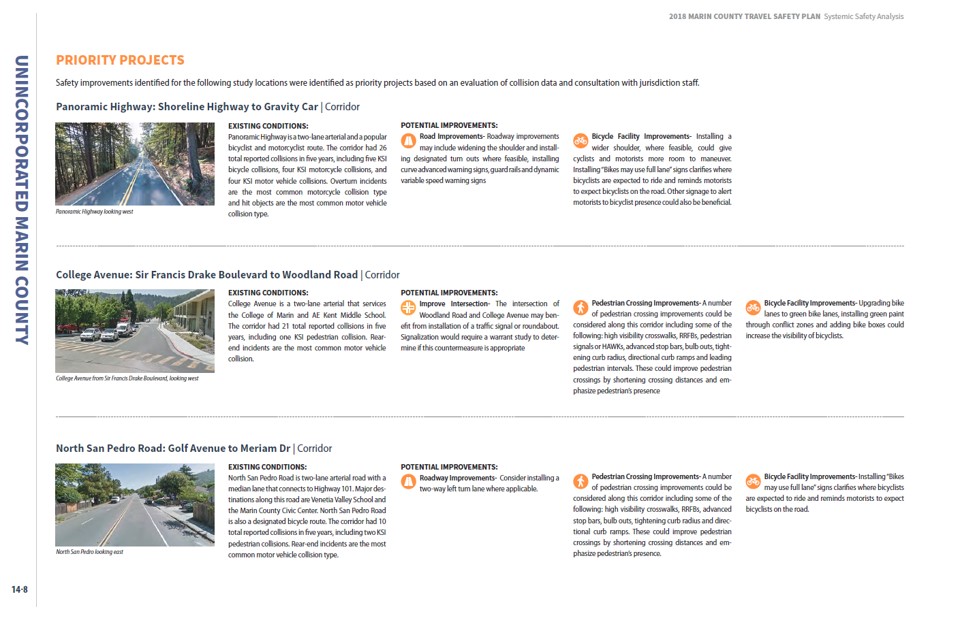 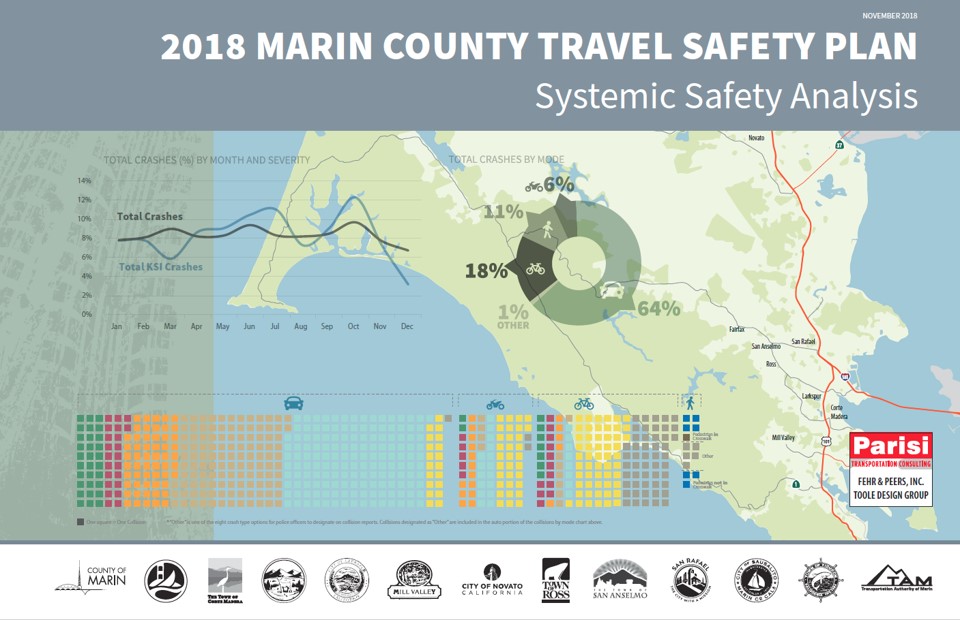 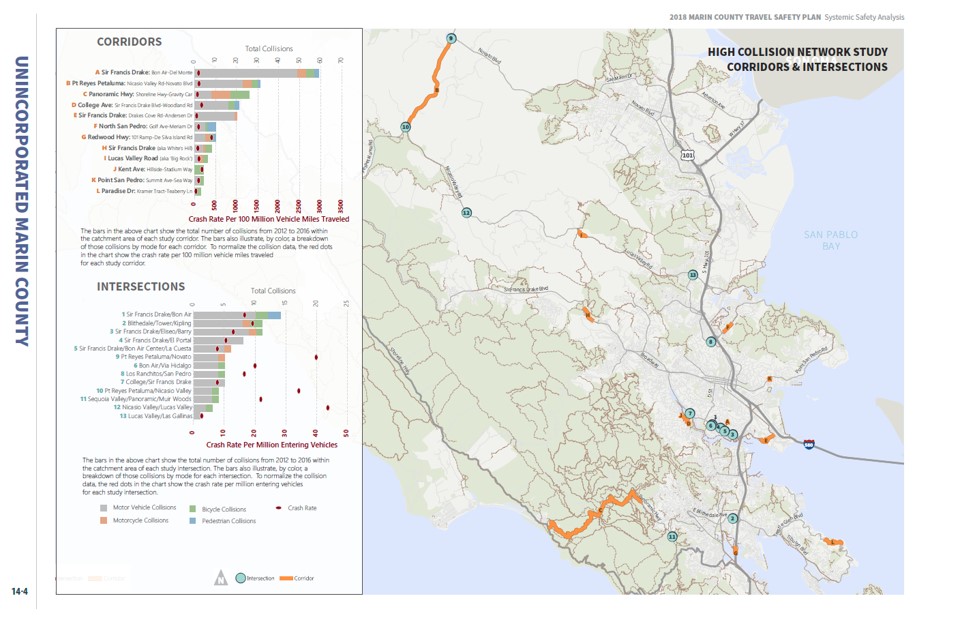 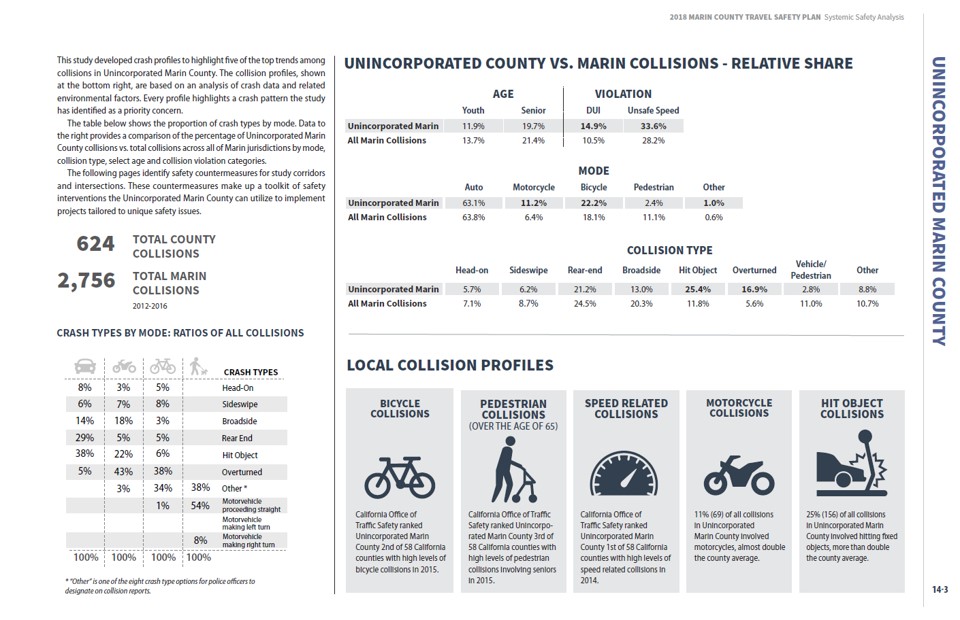 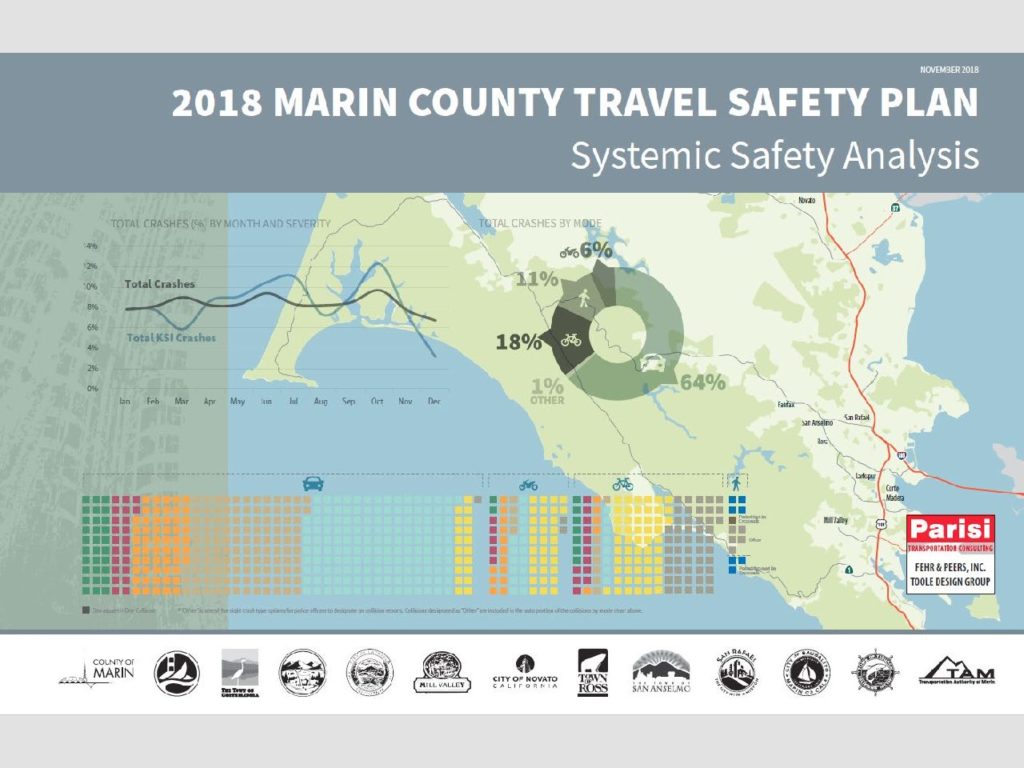 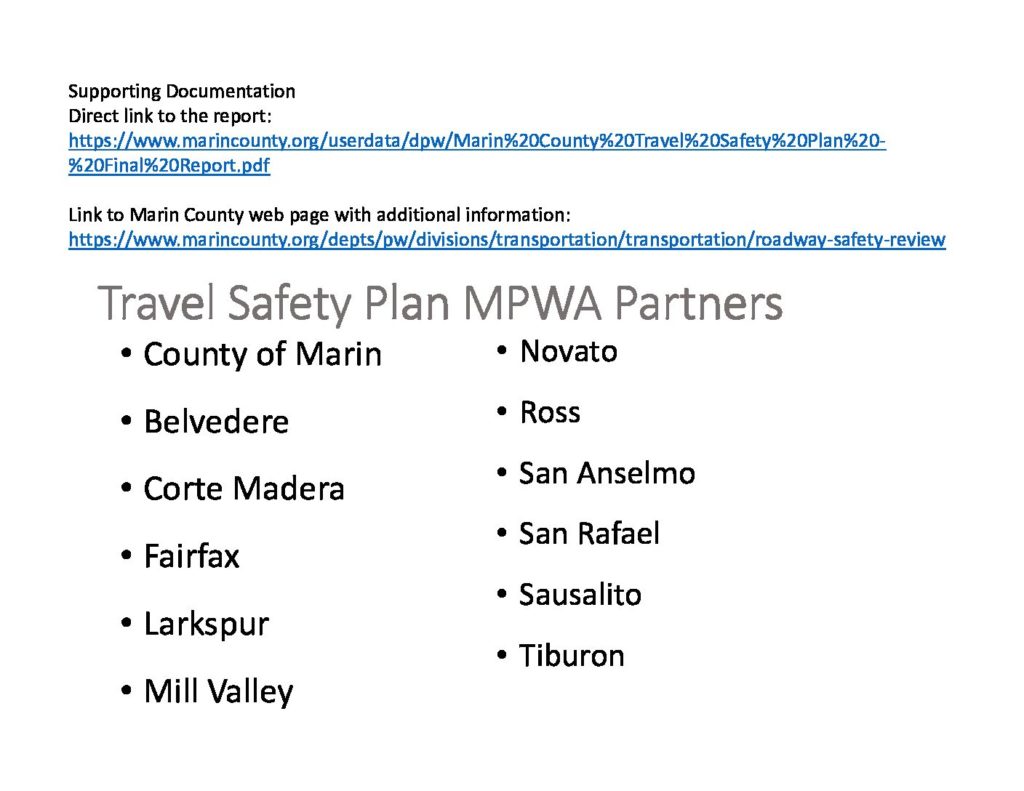