The 11th Street Bridge is a major thoroughfare in the City of Tracy. The original bridge provided vehicular access over three active Union Pacific Railroad tracks, but was too narrow to provide safe access for pedestrians and bicyclists. The recently completed 11th Street Bridge designed by Drake Haglan & Associates, Inc. provides wider traffic lanes, 4-foot median, 8-foot shoulders which also serve as Class II bicycle lanes, and barrier-separated mixed-use paths that promote the safe use across the UPRR tracks by pedestrians and bicyclists. The new bridge will assist the City in meeting their General Plan objective to achieve a comprehensive system of City-wide bikeways. Located approximately ½ mile east from Tracy High School, the new 11th Street Bridge will provide students that live on the east side of the UPRR tracks with a safe route to walk and bike to the high school. The bridge features a 291-foot long highly-skewed cast-in-place, post-tensioned concrete box girder superstructure. The girders are skewed relative to the centerline of the roadway such that the actual span length of the girders is approximately 200-feet. The unique skewed bridge girder configuration allowed the superstructure depth to be minimized so that the amount that the residential driveways and adjacent roadway intersections needed to be raised up also could be minimized. The resulting triangular shaped overlook areas that resulted from skewing the bridge girders not only provide aesthetic benefits, but also accommodates a planned aerial intersection for a future extension of MacArthur Drive shown in the City’s General Plan without needing to widen the 11th Street Bridge over the railroad tracks. An on-site detour utilizing a prefabricated steel truss bridge was used to minimize the overall construction schedule and reduce safety concerns associated with trying to construct the replacement bridge adjacent to live traffic. The project stimulates sustainable growth and development on the east side of the tracks as it promotes the use of alternative modes of transportation to access downtown Tracy. MSE walls were used to support the 40-foot tall approach embankments on each side of the bridge. The MSE walls consist of steel reinforcing strips that are attached to 6-inch thick precast concrete facing panels creating a reinforced soil mass behind the walls. More traditional concrete cantilever retaining walls would have been more expensive and required a significantly larger amount of concrete due to the fairly thick concrete wall stems, concrete footings and piles. The use of MSE walls demonstrated the emphasis that the project had on optimizing resource allocation while also being cost efficient. This project involved significant coordination with Caltrans since 11th Street is a principal arterial on the National Highway System. The 11th Street East Tracy Overhead Bridge is also a high-cost bridge project as the construction costs exceeded $20 million. 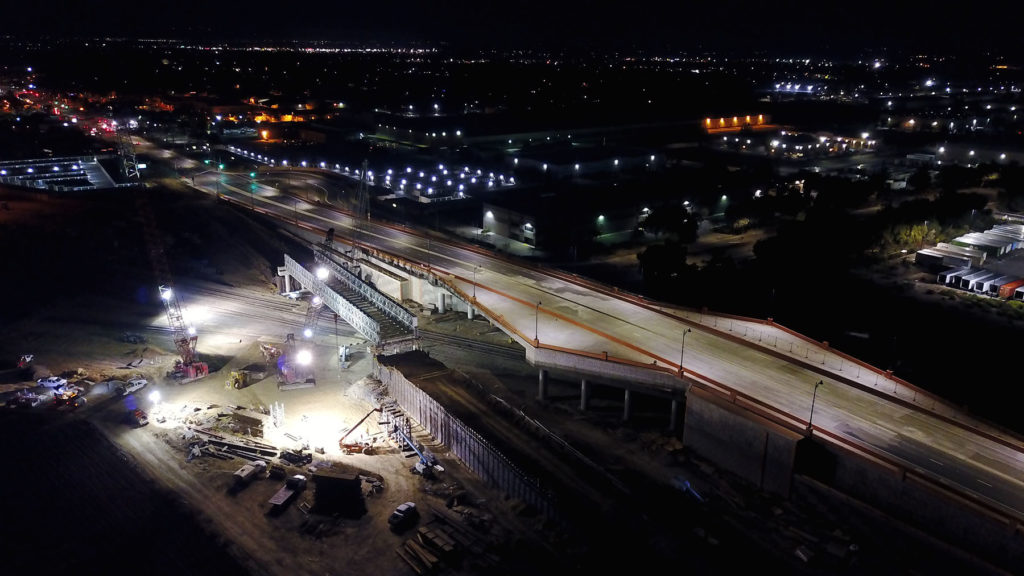 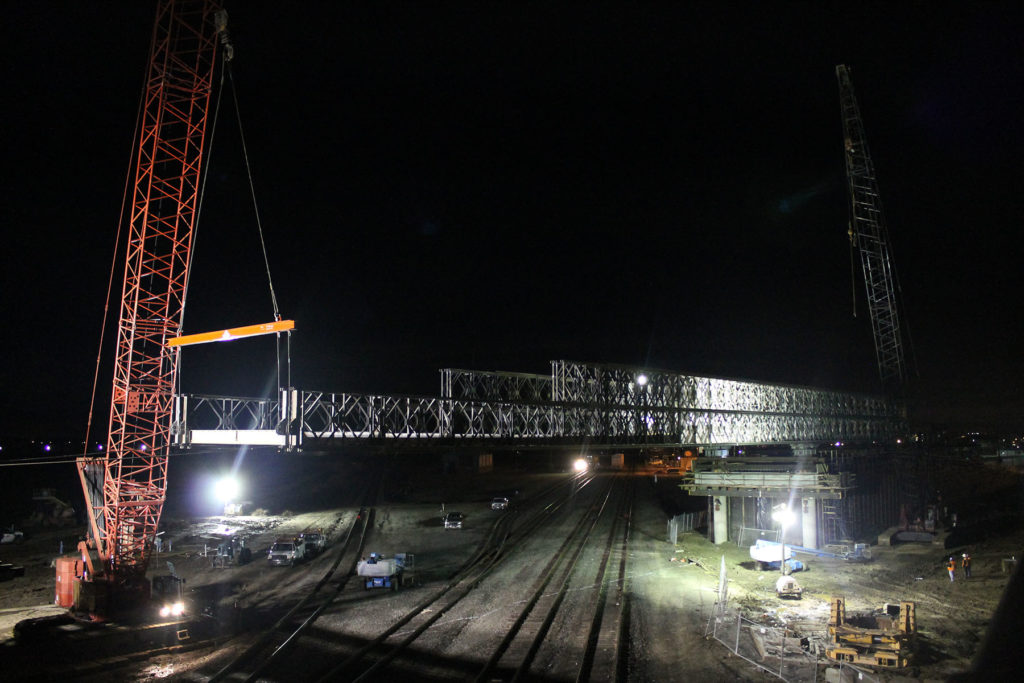 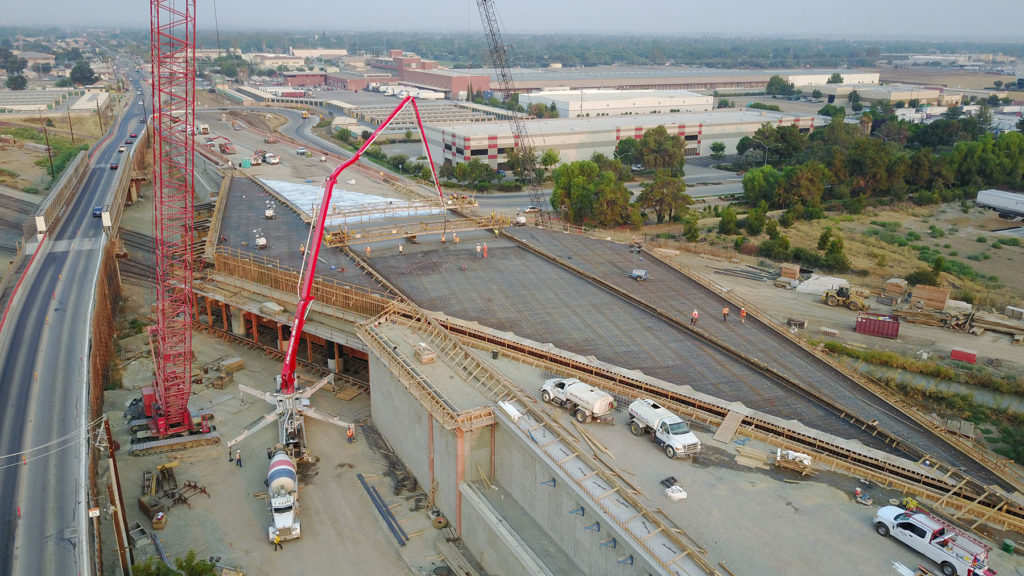 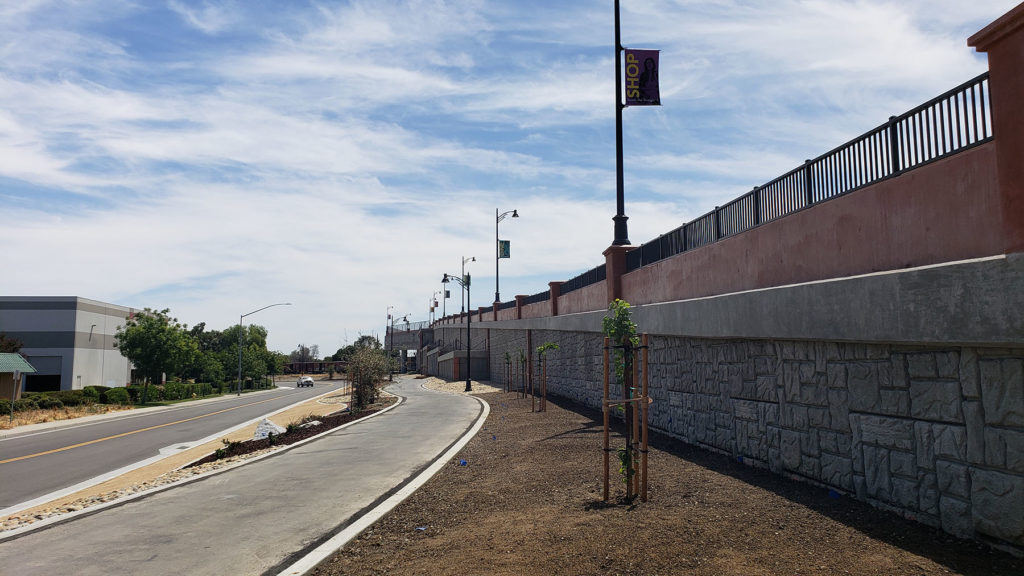 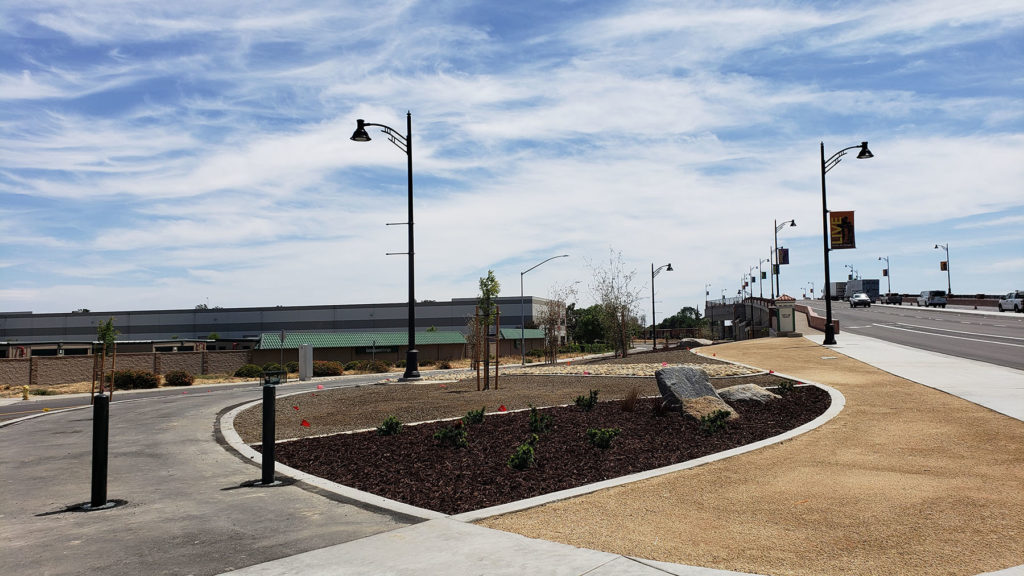 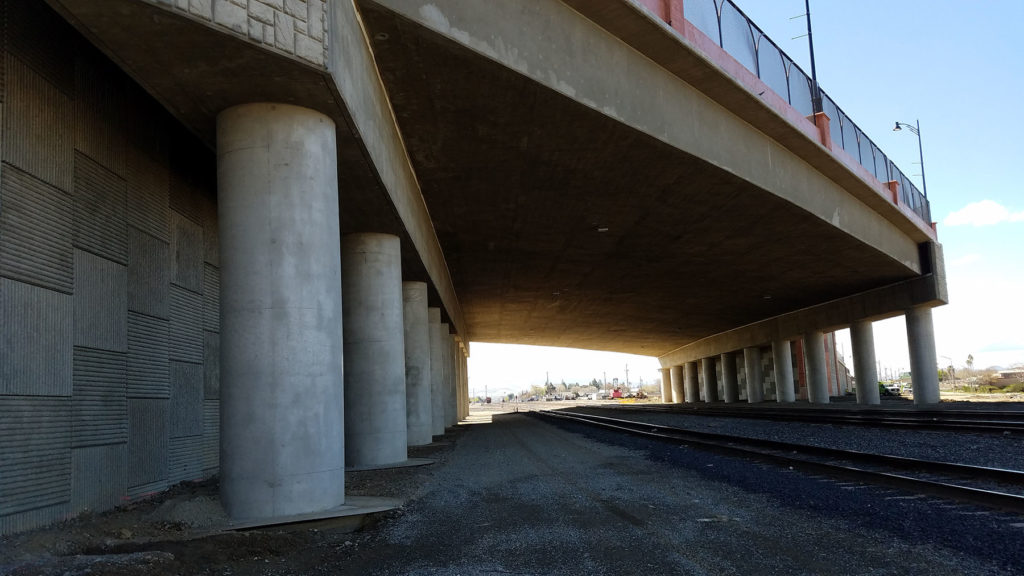 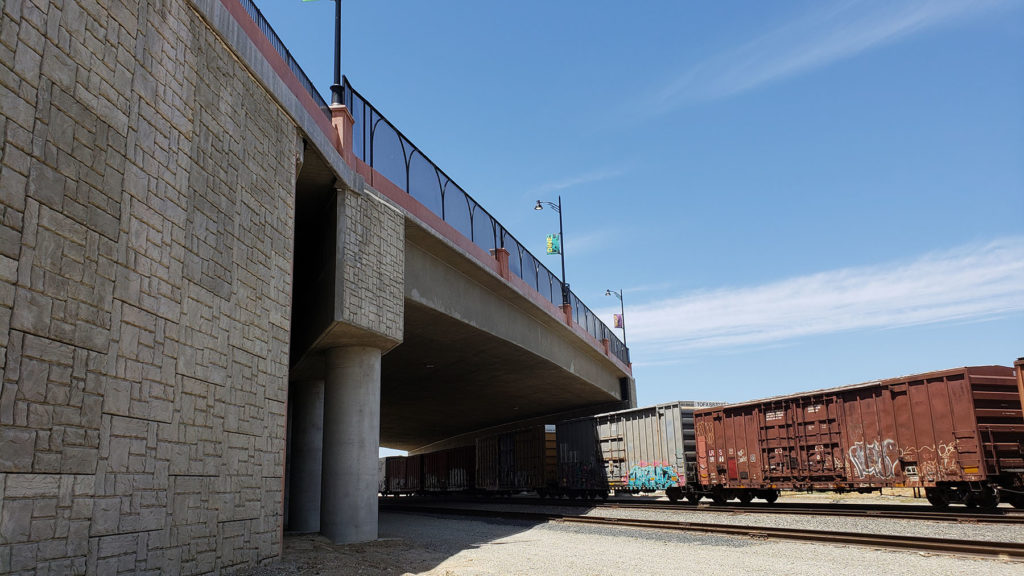 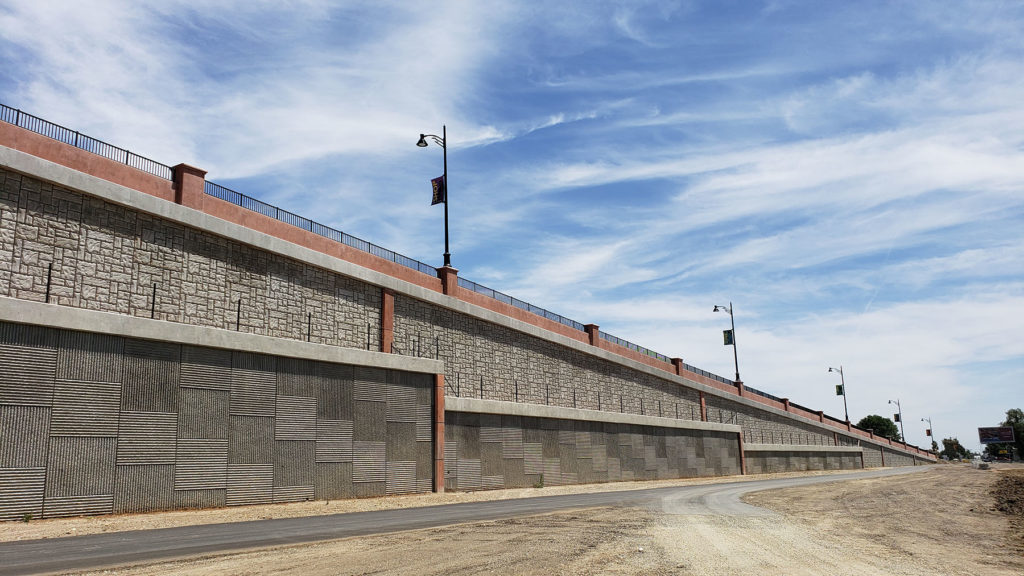 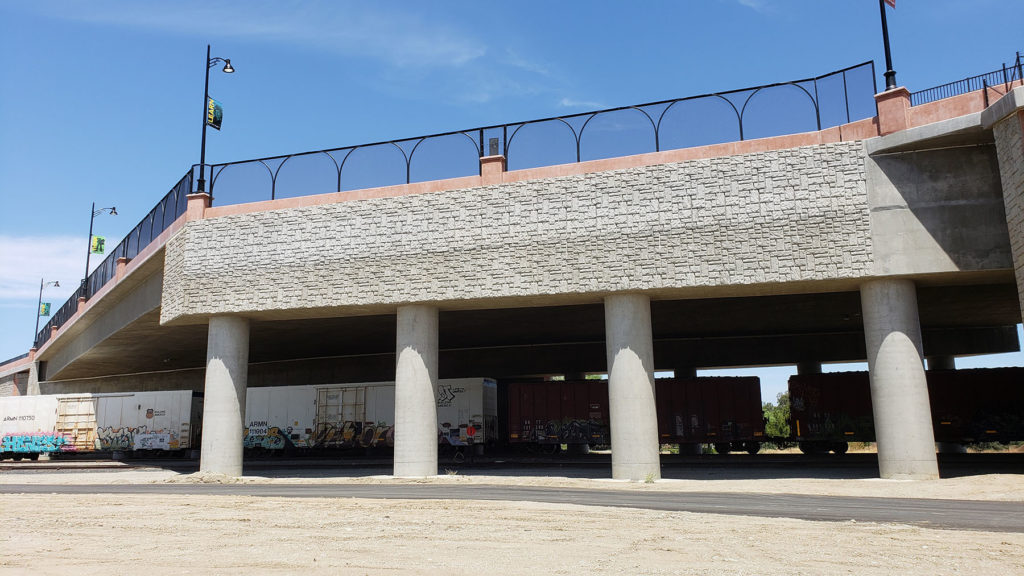