The importance of the local transportation system cannot be over-emphasized. Nearly every trip begins on a city street or county road. Whether traveling by bicycle, bus, rail, truck or family automobile, Californians need a reliable and well-maintained local street and road system. 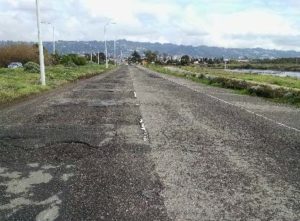 Every component of California’s transportation system is critical to providing a seamless, interconnected system that supports the traveling public and economic vitality throughout the state. There is a significant focus on building sustainable communities, which cannot function without a well-maintained local street and road system that provides access for transit and active modes of transportation like bicycling and walking.

The first comprehensive statewide study of California’s local street and road system in 2008 provided critical analysis and information on the local transportation network’s condition and funding needs. Each subsequent report has monitored the changes biennially.

This study sought answers to important questions: What are the current pavement conditions of local streets and roads? What will it cost to repair all roads and bridges? What are the safety needs for a functioning system? What is the impact of the additional funding available from the Road Repair and Accountability Act of 2017 (SB 1) on the condition of local streets and roads, bridges and essential components?

Responsible for over 85 percent of California’s roads, cities and counties find this study to be of critical importance for several reasons. The goal is to use the results to continue to educate policymakers at all levels of government and the public about the infrastructure investments needed to provide California with a seamless, multi-modal transportation system. The findings provide a credible and defensible analysis to support a dedicated, stable funding source for maintaining the local system. It also provides the rationale for the most effective and efficient investment of public funds, potentially saving taxpayers from paying significantly more to fix local roads and bridges in the future.

Previous editions of this report cautioned that without an influx of new revenues, the local street and road system would continue to deteriorate and cost taxpayers increasingly more to repair this vital local infrastructure.

After years of careful consideration and study, the Legislature passed and Governor Jerry Brown signed SB 1 in 2017. The bill provides over $5 billion annually for transportation. Of this, approximately $1.5 billion is allocated to the local street and road system owned and maintained by 539 cities and counties. The passage of SB 1 was a significant success for municipal governments statewide and injected a long-awaited substantial infusion of funding to maintain the local street and road system.

Despite the passage of SB 1 in 2017, there has continued to be significant uncertainty surrounding local transportation funding in California. While an effort to repeal SB 1 via a ballot measure in November 2018 was unsuccessful, the COVID-19 pandemic arrived soon after in early 2020. The pandemic resulted in significant revenue reductions and created uncertainty for the 2020 construction season. While this report aims to analyze the impacts of the first two years of SB 1 funding on local transportation infrastructure, the timing of the survey in spring 2020 combined with the uncertainty related to the prior SB 1 repeal effort undoubtedly had impacts on local government transportation project delivery during the relevant period.

As with previous studies, this update surveyed all of California’s 539 cities and counties. Almost 80 percent of the agencies responded – a level of participation that makes clear the local interest in addressing the growing problems of crumbling streets and roads despite the pandemic.

The condition of California’s local streets and roads has improved 1 point since 2018. On a scale of zero (failed) to 100 (excellent), the statewide average Pavement Condition Index (PCI) is now 66 (still in the “At Risk” category). However, 55 of 58 counties are either at risk or have poor pavements (the maps on the next page illustrate the changes in condition since 2008).

To use taxpayer money wisely, it makes more sense to preserve and maintain roads in good condition than to wait and repair or replace them when they deteriorate or fail. The costs developed in this study are based on achieving a roadway pavement condition called best management practices (BMPs). At this condition level, preventive maintenance treatments (i.e., slurry seals, chip seals, thin overlays) are most cost-effective. In addition to costing less, preventive maintenance interferes less with commerce and the public’s mobility and is more environmentally friendly than rehabilitation or reconstruction.

The importance of this approach is significant. As roadway pavement conditions deteriorate, the cost to repair them increases exponentially. For example, it costs as much as 14 times more to reconstruct a pavement than to preserve it when it is in good condition. Even modest resurfacing is four times more expensive than maintaining pavement in the BMP condition. To put it another way, 14 miles of roadway can be maintained in a BMP condition for the same cost as reconstructing one mile of failed pavement. By bringing the local roadway system to BMP conditions, cities and counties will be able to maintain streets and roads at the most cost-effective level. This goal is not only optimal, it is necessary.

This report also includes the impact of using sustainable technologies (e.g. cold-in-place recycling) that result in significant cost savings. Since 2012, the number of agencies that employ some form of recycling has more than doubled. This trend is expected to continue, and the cost savings are therefore included in the funding scenarios. The savings range, on average, from 28 to 42 percent over conventional treatments and result in a reduction of the 10-year paving needs. This is one example of how cities and counties have continued to stretch the proverbial dollar.

Three funding scenarios were analyzed. Note that all amounts are reported in contstant 2020 dollars:

The table below summarizes the results of each scenario.

The transportation network also includes essential safety and traffic components such as curb ramps, sidewalks, storm drains, streetlights, and signals. These components will require $35.5 billion to maintain over the next 10 years, and there is an estimated funding shortfall of $22.1 billion.

Local bridges are an integral part of the local street and road infrastructure. There are 12,339 local bridges (approximately 48 percent of the total number of bridges) in California. They are aging rapidly, and almost one fifth are more than 80 years old. There is an estimated shortfall of $4.3 billion (over the next 10 years) to maintain the safety and integrity of the bridge infrastructure. At current funding levels, local bridges will need to be in service for more than 200 years, or 3 times their intended lifespan. An annual funding level of $800 million per year is needed to maintain local bridges.

The table below shows the total funding shortfall of $64 billion (2020 dollars) over the next 10 years. Total funding needs for pavements, essential components, and bridges are $118.7 billion, while available revenus are $54.7 billion. Pavement funding needs increased from $61.7 billion in 2018 to $76 billion in 2020 due to higher construction costs.

SB 1 is a critical funding source that has resulted in cities and counties improving the pavement condition from 65 to 66 in the first 2 years. However, it is still premature to conclude that it will succeed in its goal of stabilizing the deterioration observed in the previous 10 years. The first 2 years included an effort to rescind the new revenues from SB 1, which resulted in a hesitant industry response to expanding construction capacity. This was coupled with agencies’ concerns about over-committing on future project delivery. The lack of construction capacity had an unintended consequence; bid prices for street and bridge maintenance and repairs were as much as 23 percent higher than 2018. In addition, the needs of other infrastructure components continue to grow, which reduces the funding available for pavements. We expect that the next 2 years should see a “dust-settling” effect allowing local agencies to measure the longer-term impacts of SB 1 more easily. 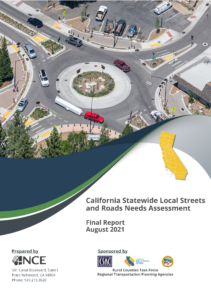