GiveMeGreen! is a free smartphone application developed in partnership with Sensys Networks that allows bicyclists to be detected as they approach an intersection. By integrating the new technology into the existing traffic signal and adding dynamic signage to inform drivers and cyclists when the system is activated, the City has provided an innovative, cost effective enhancement to the safety, efficiency, and convenience at four intersections along one of its busiest traffic corridors. The Give me Green application, combined with existing intelligent intersection technology provides a good example of how smart technology can improve safety, decrease congestion and improve the travel experience for a new genre of connected traveler. Currently deployed at four intersections along the City’s Chuck Pontius Commuter Rail Trail parallel to Soledad Canyon Road, one of the region’s busiest arterial roadways, the system consists of the GiveMeGreen! smartphone app, “blank-out” signs at intersections informing turning motorists when bicyclists have been detected and are approaching, and a pole-mounted bicycle indicator light to inform cyclists that they have been detected. Together these three components are an intelligent transportation solution that increases awareness, improves safety and reduces the stress on all roadway users – pedestrians, bicyclists and vehicle drivers – where they need it most, at intersections. In a typical scenario, the Give me Green user is notified that they have been detected via their smartphone and, simultaneously via a physical light on the signal pole. The signal controller then places the cyclist in the cue as they roll toward the intersection and at the beginning of the next available signal phase both the bicyclist and motorist are advised that the cyclist is present and has the right-of-way. The bicycling community was invited to participate and offer their feedback during beta testing to ensure functionality across various smartphone platforms. The public response to date has been overwhelmingly positive, particularly from commuters and other cyclists that use the trail regularly. Even though the bicyclist will still periodically encounter a stop signal, the early detection and feedback is reassuring that they will soon be on their way without needing to find and press the pedestrian push button. 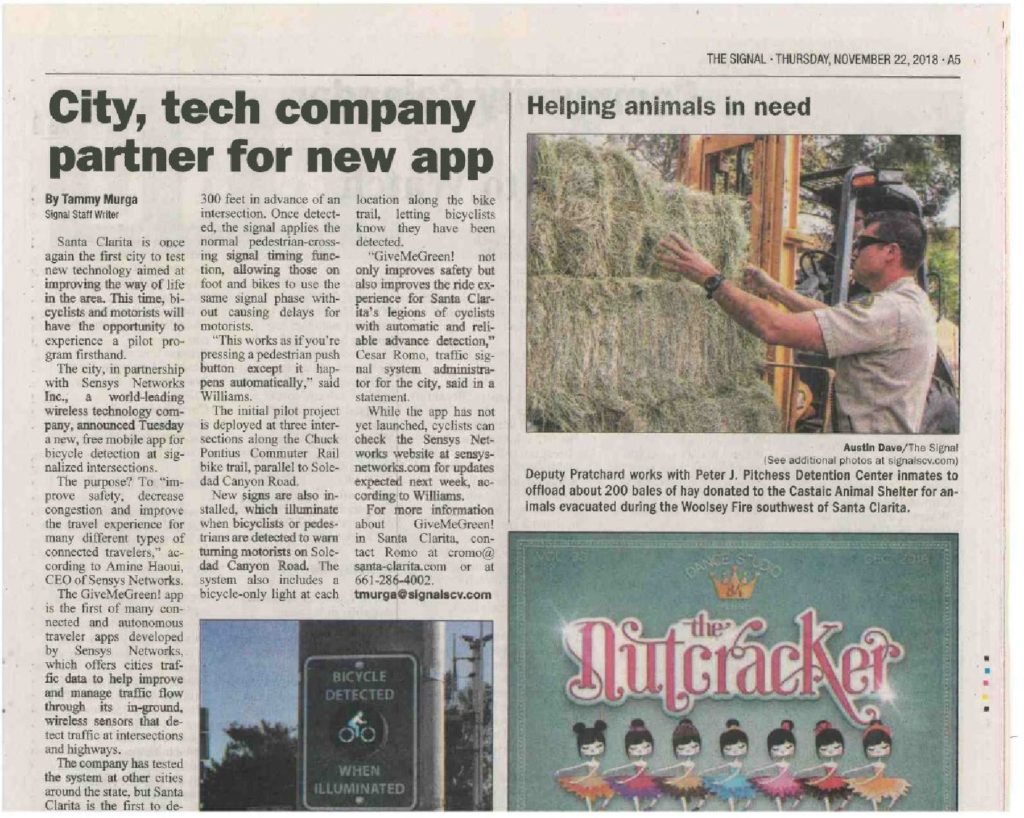