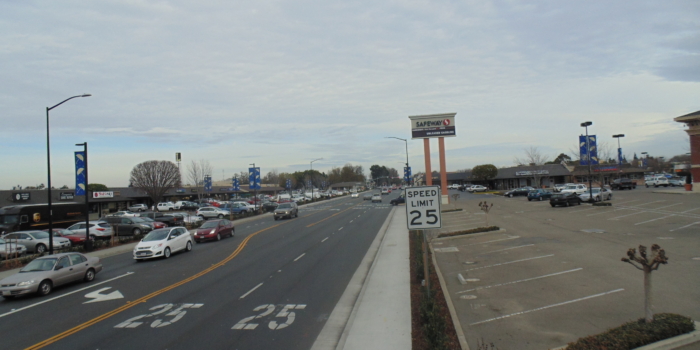 The Benjamin Holt Drive Improvements Project is a culmination of a collaborative work effort of San Joaquin County, the City of Stockton, and the Lincoln Center retail commercial shopping center to provide traffic safety and operation improvements to Benjamin Holt Drive. This segment of Benjamin Holt Drive is within an unincorporated portion of San Joaquin County surrounded by the City of Stockton, with Lincoln Center fronting Benjamin Holt on both sides. The existing roadway consisted of a four-lane undivided road with two lanes in each direction, and curb, gutter, and sidewalk. Intersections at Gettysburg Place and Pacific Avenue are both signalized. Within the project limits, Benjamin Holt Drive currently had no underground storm drain facilities. Roadway runoff was conveyed through surface flow in curb and gutter from Pacific Avenue to the inlets at Gettysburg Place. The project improvements consisted of widening Benjamin Holt Drive from Gettysburg Place to Pacific Avenue to include two lanes in each direction; a two-way left-turn lane; a segment of raised median; new curb, gutter, and sidewalk; storm drainage facilities; and signal modifications at the Gettysburg Place and Pacific Avenue intersections. The project also includes a dedicated left-turn lane at both intersections and a right-turn lane at the Pacific Avenue intersection. Street lights and intersection safety lighting were replaced with more energy-efficient LED luminaires. Existing landscaping, which consisted of sod and sprinklers, were replaced with more environmentally conscious hedges that are more drought tolerant help conserve water. Stakeholder coordination was essential to a successful project. Several public meetings were held with the neighborhood and retail tenants to inform them of the Project and anticipated impacts during construction. Lincoln Center has primary entrances to their shopping complex from Benjamin Holt Drive, generating over 15,000 trips per day at these locations. Impacts to businesses during construction were a great concern. Support by Lincoln Center as well as the City of Stockton to close Benjamin Holt Drive for the duration of the construction contract allowed for the construction schedule to be reduced by over 30%. Sierra Nevada Construction was the contractor of record and they developed a proposal to lime treat the existing soil, thereby eliminating the associated roadway excavation and aggregate base haul, and providing cost and time savings to the contract. Consequently, the roadway portion of the construction was completed ahead of schedule, and the roadway was opened to traffic one week sooner than previously planned. These improvements have been applauded by the business owners at Lincoln Center, constituents using the roadway and emergency responders, due to the reduction in congestion and collisions along this segment of roadway. 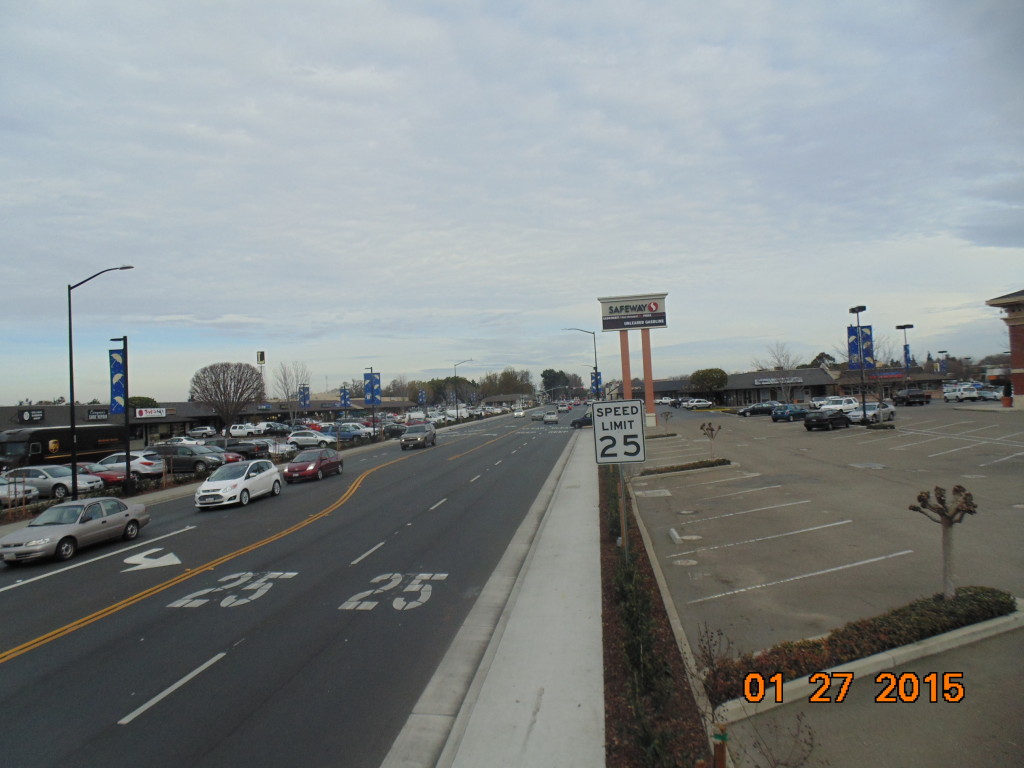