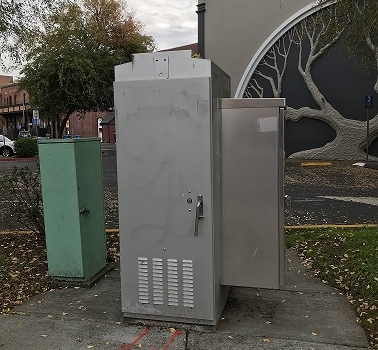 In 2021, the City of Santa Rosa completed the Battery Backup Retrofit at Various Traffic Signals project which retrofitted 170 existing traffic signal controller cabinets with a battery backup system (BBS) to provide emergency power to traffic signals in the event of a power loss. The majority of traffic signals in the City of Santa Rosa are located on collector and arterial streets that manage high volumes of traffic and also serve as emergency response and evacuation routes. California law requires vehicles treat a signalized intersection as a 4-way stop when a traffic signal is not functioning, which results in reduced traffic flow efficiency. During the 2017 Tubbs Fire and 2019 Kinkade Fire events in Sonoma County, the City experienced widespread power outages either as a direct result of the fire or a preemptive safety power shutdown. Significant portions of the City of Santa Rosa were evacuated during these events and, due to the outages, traffic signals along emergency evacuation corridors within the city were not functioning, resulting in reduced traffic volume capacities and ultimately hours-long delays to the evacuation process.

This project was funded by the Federal Emergency Management Agency’s (FEMA) Hazard Mitigation Grant Program (HMGP) and required the BBS supply power to retrofitted traffic signals for a minimum 4 hours in the event of an outage. Through research during the design phase, the City found multiple BBS suppliers that claimed greater than a 4-hour battery run time. To ensure the BBS utilized in this project met the 4-hour minimum run time requirement, contract documents specified that the BBS supply temporary power to traffic signals for a minimum 6 hours. Additional features of the BBS include, automatic battery charge set point to switch from full operation to reduced operation to extend battery life as well as reducing City operating expenses by eliminating false service callouts and signal maintenance during outages.

During the installation test phase of the BBS, at least two signals ran 3 hours on battery power before being returned to shore power. Since the BBS have been installed, the City has experienced several small power outages where the BBS successfully supplied backup power to signals, which kept traffic moving and minimized the need for City staff to maintain signals and intersections. In one outage, the local utility company did not prioritize the outage which resulted in an intersection being powered for more than 12 hours on the BBS, until the batteries were depleted. Although the BBS have only been in service a short time, they have already proven their worth. While the City hopes to never experience a widespread disaster, such as the 2017 Tubbs Fire, again, if one does occur, installation of this system throughout Santa Rosa has enabled the City to mitigate potentially deadly traffic delays associated with unpowered signalized intersections. 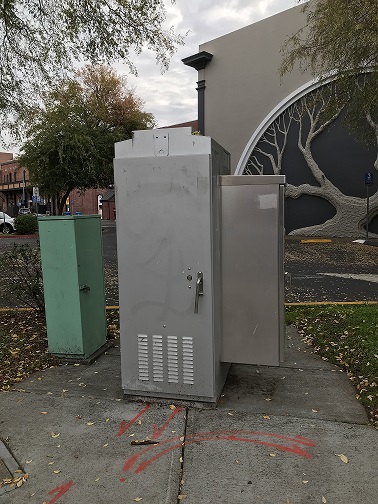 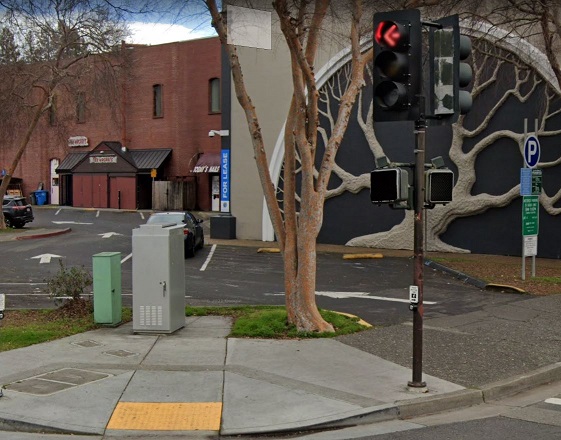